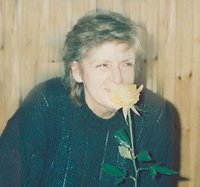 Frankfort - Mrs. Mary Kay Bogdan, 82, of E. Orchard St., passed away unexpectedly on Friday, June 9, 2017 with her beloved husband by her side. She was born in Ilion on January 15, 1935, the daughter of the late Bertram Irving and Louise Blanch LeDeaux Sporer and she attended Mohawk Schools. She was married to Michael Bogdan on July 2, 1987 in St. Stanislaus Church in East Utica. Mary was employed with the Remington Arms Co. in Ilion as Machine Operator for many years until her retirement. Mary is survived by her beloved husband, Michael Bogdan, two daughters and sons in law, Wendy and Ted Shufelt of Frankfort and Elizabeth and Terry Tulip of Syracuse; three sons and one daughter in law, John Williams of Frankfort, Steve and Merle Williams of Whitesboro and Richard Williams of Ilion; one sister and brother in law, Judy and Dave Keefe of Oneonta; one brother and sister in law, Robert and Judy Sporer of Mohawk; ten grandchildren, TJ Shufelt, Christopher and Tracy Shufelt, Ashley Shufelt, Kaitlin Shufelt, Matthew Williams and his fiancé Cherisse Stafford, Sarah Williams, Hannah Williams, Jennifer and Michael Bushardt, Nicole Lipiec and Aaron Williams and several great-grandchildren. She was predeceased by two brothers, Howard and Daniel Sporer and her daughter in law, Lisa Williams. Funeral Arrangements have been entrusted to the V.J. Iocovozzi Funeral Home, Inc. 203 Second Ave., Frankfort. In keeping with her wishes, there will be no public calling hours. Her funeral will be held privately at the convenience of her family. Interment will be in Oak Hill Cemetery. Expressions of sympathy may be placed on Mary's online memorial page by going to www.iocovozzifuneralhomes.com