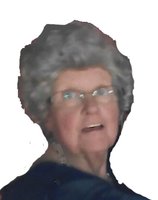 She was born in Whitesboro, New York on September 20, 1942, the daughter of the late Edward and Elizabeth Roberts. She attended Whitesboro schools and graduated from Whitesboro High School. She was married to Philip Rolchigo on December 31, 2004 in Frankfort. Diane worked in the Deli Department for Walmart, N. Utica for many years. She loved to bake and cook, especially for the American Legion, her family and friends and for the celebrations that were held for our military.  Diane was a communicant of Our Lady Queen of Apostles Church and a Life Member of American Legion Post 1376, New Hartford.

Diane is survived by her beloved husband, Phil; her sister in law, Barbara Roberts of Frankfort Center; one niece, Rosanne Balaska of Syracuse; her close friends, Lisa and Chad Lawrence,  Marlene LaPointe,  Terry Polczynski, Patty and Ralph Bell and JoAnn and Dick Fountain.

Her funeral will be held Thursday morning at 10:00 from the V.J. Iocovozzi Funeral Home Inc., 203 Second Ave. Frankfort and at 10:30 in Our Lady Queen of Apostles Church where a Mass of Christian Burial will be celebrated by the Rev Paul Catena. Spring interment will be in Mt. Olivet Cemetery. Calling hours will be Thursday from 8:30 to 10:00 at the V.J. Iocovozzi Funeral Home, Inc.

Expressions of sympathy may be placed on Diane’s online memorial page by going to www.iocovozzifuneralhomes.com