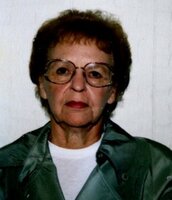 She was born in Herkimer, on March 1, 1929, the daughter of the late Chester and Bertha Adamcyzk Krawczeski. She attended Herkimer schools and graduated from Herkimer High School with the class of 1946. Irene was a Court Stenographer for Herkimer County Family Court, Herkimer until her retirement in 1989.  She was a communicant of Annunciation Church, Ilion.

Her funeral will be held Friday, June 17, 2022 at 11:00 AM at the family plot in Calvary Cemetery, West German St, Herkimer. Her funeral arrangements are under the direction of the Petykiewicz, Iocovozzi & Burns Funeral Home 329 S. Washington St., Herkimer, NY.