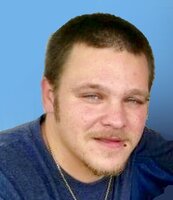 Ilion – Mr. Lauren M Krick, 34, of Ilion affectionately known as "WooWoo" passed away Saturday, July 2, 2022 in Faxton/St Luke’s Hospital with his family by his side.

He was born in Ilion, New York on August 13, 1987, the son of David and Sherry Rex Krick. Lauren was employed by Spohn's Disposal, Mohawk for many years. He was an avid bowler and worked as a shift manager at Pin O Rama. He was a fan of WWE Wrestling, Buffalo Bills fan, The Mets, Syracuse sports, E-Sports and Super Card.  Lauren also enjoyed fishing and camping, karaoke and the music of Metallica and was a DVD Collector.

Lauren is survived by his father and mother, David and Sherry Krick; two brothers and sisters in law, David and his wife, Melissa Krick of Dolgeville and Bryan and his wife, Robecca Krick of Ilion; three sisters and brothers in law, Heather and her husband, George Watson of Ilion, Kelly and her husband, Keith Marlowe of Malone and Tracey and her husband, Jeremy King of Ilion; his maternal grandmother, Carol Rex of Ilion; his special relatives, Hayes family; his beloved canines, Ginger and Pebbles; his goat, Beefy and several nieces, nephews and cousins.

In lieu of flowers, contributions in Lauren's memory may be made to Herkimer County Humane Society, 514 NY-5S, Mohawk, NY 13407. Envelopes will be available at the funeral home.

Expressions of sympathy may be placed on Lauren’s online memorial page by going to www.iocovozzifuneralhomes.com