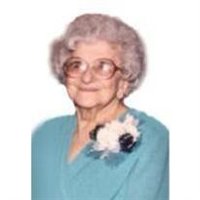 Mrs. Florence L Frank Frankfort - Mrs. Florence L Frank, 93, of 134 Orchard Street passed away in the comfort of her home on Tuesday, April 3rd, 2007 with her loving son, George and daughter, Susan by her side. Florence was born in Frankfort on April 2, 1914, the daughter of the late Joseph and Catherine Micciche Galvano and she attended Frankfort schools. She married Frank D. Frank on October 14, 1944 in St. Mary's Church, Frankfort. Frank and Florence had a blessed union of 13 years until his passing on December 25, 1957. She was at one time employed as a Seamstress for many area clothing factories and was later employed by Mohawk Data Sciences Herkimer until her retirement in December of 1975. Florence was a Communicant of Our Lady Queen of Apostles Church. She was a member of the Young at Heart Senior Citizens and the International Ladies Garment Workers Union. Florence was a devoted mother, grandmother and great grandmother and is survived by her devoted son and daughter, George Frank and Susan and her husband, Joseph Tocco all of Frankfort and her son, Francis Frank of Troy; her special sister, Josephine "Jopa" Palmieri of Frankfort; one sister in law, Aurora "Daver" Frank of Herkimer; her treasured grandchildren, Jodi (Tocco) and Patrick Doolen, Frank Frank, Ryan Frank, Kristen & Bob Reed and Danielle & Justin Parker; her great grandchildren, Patrick Doolen, Kayla Doolen and Joseph Doolen, Brandon Reed, Alexis Reed, Jordan Reed, Austin Reed and Jesse Reed, Meghan Williams, Cody Parker and Nicholas Parker and several nieces, nephews and cousins. She was predeceased by her cherished grandson Joseph S. Tocco on August 29, 2003, her brother Frank Galvano, and her sisters Mary Candella, Rose Rolchigo, Theresa Mannino, Mary Ann Mazzola and Susan Galvano. Her funeral will be held Monday morning at 11:30 from the V.J. Iocovozzi Funeral Home, Inc.203 Second Avenue, Frankfort and at 12:00 PM in Our Lady Queen of Apostles Church where a Mass of Christian Burial will be celebrated by the Rev. Alfred Lamanna, Pastor Emeritus. Interment will follow at Mt. Olivet Cemetery. Calling hours will be Saturday 2:00-4:00 & 7:00-9:00 PM and Sunday 7:00-9:00 PM at V.J. Iocovozzi Funeral Home, Inc. Members of the Young at Heart Senior Citizens will meet Saturday afternoon at 3:00 at the funeral home for services. Florence's family would like to extend their sincere appreciation to her aide, Carla and her husband, Mario Pumilio and the nurses and staff of Hospice for the wonderful care and compassion shown to her during her illness and passing. Expressions of sympathy may be placed on Florence's online memorial page by going to www.iocovozzifuneralhomes.com