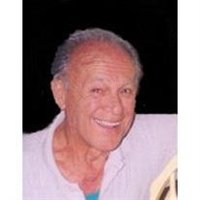 Mr. John P. Tubia Sr. Frankfort - Mr. John P. Tubia Sr., 76, of 122 First Ave passed away Saturday, January 20, 2007 in St. Luke's Memorial Hospital. He was born in Frankfort on May 22, 1930, the son of the late Joseph and Carmella Andre Tubia and he attended Frankfort schools. He served with the US Navy during the Korean Conflict and was Honorably Discharged on November 29, 1951. He was married to Mildred Faulkner on December 7, 1951 in Yuma, Arizona. John was employed by C. Scialdo & Sons, Herkimer for many years. He was a Communicant of Our Lady Queen of Apostles Church and was a member of International Brotherhood of Laborers Local #35, Utica. John and his wife, Mildred loved to travel around the country. John is survived by his wife, Mildred Tubia; one son & daughter in law, John & Brenda Tubia Jr. of Herkimer; one daughter & son in law, Debbie & Frank Moracco of Frankfort; his grandchildren, Corie & her husband, Christopher Pullman of Herkimer, Cristie & her husband, Richard Maylo of Mohawk, Frank Moracco and Jamie Moracco both of Frankfort; four sisters & two brothers in law, Marian & Joseph Rosemyer, Ann & Eric Garcia of Frankfort, Mary Kinney of Ilion and Carrie Spytko of Richfield Springs; two brothers & one sister in law, Paul Tubia of Frankfort and Anthony & Shirley Tubia of Herkimer; his in laws, Willie May & Floyd Nelson of CA, Maudie & Bill Knox of TX, Bob & Linda Faulkner of AR and Norma Faulkner of OK and several nieces, nephews and cousins. He was predeceased by four brothers, Carmelo Tubia, Rocco Tubia, Infant Anthony Tubia and James Tubia, three sisters, Rose Hall, Infant Mary Tubia and Josephine Trippen. His funeral will be held Wednesday at 12:30 pm from the V. J. Iocovozzi Funeral Home, Inc., 203 Second Ave. Frankfort and at 1:00 pm in Our Lady Queen of Apostles Church where a Mass of Christian Burial will be Celebrated by the Rev. Alfred Lamanna, Pastor Emeritus. Interment will be in Mt. Olivet Cemetery. Calling hours will be Tuesday from 4-8 at the V. J. Iocovozzi Funeral Home, Inc. John's family would like to extend their sincere appreciation to Dr. Razia and her nurses and staff and the nurses and staff of St. Luke's Memorial Hospital's 6th floor for the wonderful care and compassion shown to him during his illness and passing. In lieu of flowers, contributions in John's memory may be made to Frankfort Fire Dept. Memorial Park Fund, 158 Litchfield St, Frankfort, NY, 13340. Envelopes will be available at the funeral home. Expressions of sympathy may be placed on John's online memorial page by going to www.iocovozzifuneralhomes.com