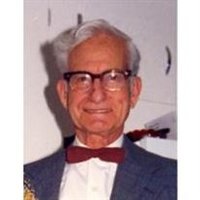 Mr. Anthony J. Corriggio Frankfort - Mr. Anthony J. Corriggio, 96 passed away Tuesday, September 5, 2006 in St. Elizabeth's Medical Center. He was born in Sicily on February 11, 1910, the son of the late Carl and Carmella Agnello Corriggio. The family came to the United States in 1912 and settled in Bellevue, OH and he attended schools there. He was married to Rose M Lilli on April 23, 1938 in St. Mary's Church. The couple shared a blessed union of 66 years until Rose's passing away on April 6, 2005. Mr. Corriggio was at one time employed by Remington Arms and later in the Maintenance Department for General Electric, French Rd. Utica for 15 years until his retirement in 1973. He was a Communicant of Our Lady Queen of Apostles Church and a member of the GE Electrical Union. Tony is survived by one son & daughter in law, Carl & Joyce Corriggio of Aberdeen, MD; his son in law, Joseph Zogby of Utica; his grandchildren, Joseph Zogby, Susan & her husband, Anthony Salerno, Anthony & his wife, Jennifer Corriggio, Michael Corriggio, Lisa & her husband, Paul Carlotta; four great grandchildren, Nikolas Salerno, Marco Salerno, Mia Carlotta and Gianni Carlotta; his in laws, Adeline Lilli, Julia Lilli both of Frankfort, Theresa Corriggio of Wellington, OH and John Attanas of Skaneateles; several nieces, nephews and cousins. He was predeceased by his most loving daughter, Carmella Zogby on December 16, 2003, two brothers, Charles Corriggio and PFC Joseph Corriggio USMC KIA WWII Guadalcanal and four sisters, Florence Serraino, Rose Marley, Mary Marley and Josephine Suriano. His funeral will be held Saturday morning at 10:30 from the V. J. Iocovozzi Funeral Home, Inc., 203 Second Ave. Frankfort and at 11:00 in Our Lady Queen of Apostles Church where a Mass of Christian Burial will be Celebrated by the Rev. John Yanas. Interment will be in Mt Olivet Cemetery. Calling hours will be Saturday morning at 9:30 until the time of the service at the V. J. Iocovozzi Funeral Home, Inc. Anthony's family would like to extend their sincere appreciation to the staff of Folts Home-Claxton Manor where he has resided since November of 2005, for their excellent and caring assistance shown to him. A special thank you is extended to Dr. Vecchio and Dr. Sperling, who thoughtfully provided medical care and guidance to him over the years. Expressions of sympathy may be placed on Anthony's online memorial page by going to www.iocovozzifuneralhomes.com