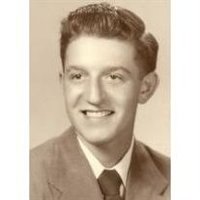 Mr. Joseph F. Puleo Frankfort - Mr. Joseph F. Puleo, 70, of 139 Eighth Ave passed away peacefully Friday, June 23, 2006 with his family by his side in his home. He was born in Tampa, FL on January 3, 1936, the son of Paul and Angelina Puleo. He attended Frankfort schools and graduated from Frankfort-Schuyler High School with the class of 1953. Following high school, he served with the US Army and was Honorably Dischraged on June 12,1956. He was married to Rosalia Piccolino on October 11, 1958 in St. Mary Of Mt Carmel, Utica. Mr. Puleo was employed as a Postal Clerk for U S Post Office, Utica for many years until his retirement in 1997. He also served as a Frankfort Police Officer for many years. He was a member of Our Lady Queen Of Apostles Church and an Exempt Frankfort Volunteer Fireman . Joe loved to play the bass drum and was a member of the Frankfort Vets band and served as manager and later the Red Band. Joe is survived by his beloved wife, Rosalia Puleo; his mother, Angelina Puleo; two daughters & one son in law, Angela & George Service of Frankfort and Cathy Hainer of VA, two sons & one daughter in law, Paul & Jodi Puleo of Frankfort and Guy Puleo of Utica; his cherished grandchildren, Joelle, Janae, Vincent, AJ, Catrina and Maria; two sisters & one brother in law, Rose Marie & Anthony Abone and JoAnne Smith all of Rome; one brother, Paul J. Puleo Jr of Frankfort; his in laws, Marco & Palma Piccolino and Joanne Puleo; his special friends, Phyllis & James Manolio, Phyllis & Joseph Rocco, Josephine & Donald Mark, Gracie & Matt Dudeck, Tessie Colicco, Clara Potenza and James & Mary Fran Palumbo and several nieces, nephews and cousins. He was predeceased by his father, Paul Puleo Sr on November 17, 1974 his in laws, Mary & Larry Del Mastro and several beloved uncles and aunts. His funeral will be held Monday afternoon at 12:00 pm from the V. J. Iocovozzi Funeral Home, Inc., 203 Second Ave. Frankfort and at 12:30 pm in Our Lady Queen Of Apostles Church where a Mass of Christian Burial will be Celebrated by the Rev. Alfred Lamanna, Pastor Emeritus. Entombment will be in Calvary Cemetery. Calling Hours will be Monday morning from 10:00 AM-12:00 PM at the V. J. Iocovozzi Funeral Home, Inc. By family request please omit floral offerings. Expressions of sympathy may be placed on Joseph's online memorial page by going to www.iocovozzifuneralhomes.com