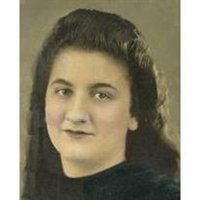 Mrs. Clara T. Bonfardice Frankfort - Mrs. Clara T. Bonfardice, 82, formerly of 419 Third Ave. Extension passed away Saturday, May 6, 2006 in Mohawk Valley Nursing Home. She was born in Herkimer on August 20, 1923, the daughter of the late Dominick and Pauline Bernardi Scerra and she attended Herkimer schools. She was married to Rosario "Ron" Bonfardice on November 26, 1942 in St. Anthony´s Church, Herkimer. She was a Communicant of Our Lady Queen Of Apostles Church. Clara is survived by her beloved husband, Rosario Bonfardice; two sons & one daughter in law, John & Cynthia Bonfardice of Frankfort and Ronald Bonfardice & his fiancee, Colleen Swedick of Fultonville; her grandchildren, John Bonfardice Jr, Jaime Bonfardice and Nicholas Bonfardice; two great grandchildren, Malik Coulthurst and Zyara Coulthurst; two brothers & one sister in law, August & Mayme Tassa of Frankfort and Chester Scerra of Richfield Springs; her in laws, Leo & Marie Bonfardeci, Anthony Bonfardeci and Frances & Michael Ciola and serveral nieces, nephews and cousins. She was predeceased by one brother, Sal Scerra and one sister, Theresa Bifora. Her funeral will be held Tuesday morning at 9:00 am from the V. J. Iocovozzi Funeral Home, Inc., 203 Second Ave. Frankfort and at 9:30 am in Our Lady Queen Of Apostles Church where a Mass of Christian Burial will be Celebrated by the Rev. Alfred Lamanna. Interment will be in Mt. Olivet Cemetery. Calling Hours will be Monday from 4-8 at the V. J. Iocovozzi Funeral Home, Inc. Clara's family would like to extend their sincere appreciation to Dr. Kachare and staff and the nurses and staff of the Mohawk Valley Nursing Home, for the wonderful care and kindness shown to her during her illness and passing. Expressions of sympathy may be placed on Clara's online memorial page by going to www.iocovozzifuneralhomes.com