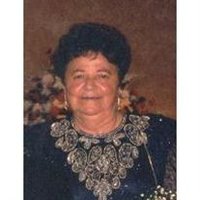 Mrs. Phyllis C. Young Frankfort - Mrs. Phyllis C. Young, 73, of 340 First Ave passed away Monday, April 17, 2006 in St. Luke´s Memorial Hospital. She was born in Frankfort on November 21, 1932, the daughter of the late Philip and Mary Frances Daly Caruso and she attended Frankfort schools. She was married to Herbert E. Young Jr on June 3, 1967 in St. Mary´s Church. Mr. Young passed away on January 17, 1986. Mrs. Young was an Assembler for General Electric, Utica for many years until her retirement in 1969. She was a Communicant of Our Lady Queen Of Apostles Church. Phyllis is survived by two sons and one daughter in law, Daryl & Michelle Young and Michael C. Young all of Frankfort; two cherished granddaughters, Samantha Young and Brianna Young of Frankfort; three sisters & brothers in law, Mary & Frank Kipper, Rosemary & Chuck Coppola and Elizabeth & Philip Tangorra all of Frankfort; one brother & sister in law, Phyllis & James Caruso of Frankfort and several nieces, nephews and cousins. She was predeceased by her son, Randy Scott Young in 1970, seven brothers, Michael Caruso, George Caruso, Ross Caruso, John Caruso, Anthony Doc Caruso, Patrick Caruso and Joseph Caruso and two sisters, Theresa Logoteta and Carrie Scalise. Her funeral will be held Thursday morning at 11:00 am in Our Lady Queen Of Apostles Church, S. Frankfort St., Frankfort where a Mass of Christian Burial will be celebrated by the Rev. John Yanas. Entombment will be in Resurrection Chapel of Holy Trinity Cemetery. There will be no public calling hours. By family request please omit floral offerings. Phyllis´ family would like to extend their sincere appreciation to Dr. Desai and the nurses and staff of St. Luke´s Memorial Hospital for the wonderful care shown to her during her illness and passing. Her funeral arrangements have been entrusted to the V. J. Iocovozzi Funeral Home, Inc., 203 Second Ave. Frankfort. Expressions of sympathy may be placed on Phyllis's online memorial page by going to www.iocovozzifuneralhomes.com