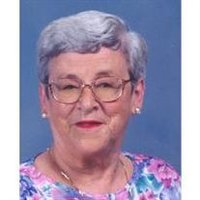 Mrs. Ruth Baggetta Herkimer - Mrs. Ruth Baggetta, 78, of 311 William Street passed away unexpectedly Thursday, March 16, 2006 in St. Elizabeth's Medical Center. She was born in Little Falls on March 17, 1927, the daughter of the late Joseph and Antonetta Minicozzi Costanza. She attended Dolgeville schools and graduated from Dolgeville High School with the class of 1944. She later attended and graduated from St. Mary´s School of Nursing, Amsterdam with the class of 1947 as a Registered Nurse. She was married to Anthony Baggetta on June 13, 1948 in St. Joseph´s, Dolgeville. Mrs. Baggetta was a Registered Nurse for Little Falls Hospital, later Herkimer Memorial Hospital until her retirement in 1983. Following her retirement, Ruth worked at the Mohawk Valley General Hospital from 1984 until 1989. She was a Communicant of Sts. Anthony And Joseph Church and a Life Member of the D.A.V. Stars & Strips Chapter 82 Aux., Utica, a charter member and organist of Herkimer Lady´s Elks BPOE Lodge #1439, CSEA-AFSCAME Retiree Chapter 1000, Retired Public Employee Association and the Town Of Herkimer Senior Citizens. She and her husband, Tony organized many bus trips and loved to travel. Ruth was very active in the community and was a musician at heart, who loved to play the piano and organ and accompany many local groups. Ruth is survived by her husband of 57 years, Anthony Baggetta; one daughter & son in law, Marie & Dominic Milazzo of Walton, NY; her grandchildren, Peter Milazzo of Hamiliton and Stephanie Milazzo of Vernon, CT; one sister & brother in law, Victoria & Dominick Baggetta of Herkimer; her in laws, Frances Baggetta, Salvatore & Jane Baggetta, Antoinette Recchia and Joseph & Catherine Baggetta, all of Herkimer; one uncle, Nick Fazio; two aunts, Frances Quarneri and Josephine Trimboli and several nieces, nephews and cousins. She was predeceased by one daughter, Diane Marie Baggetta in 1954. Her funeral will be held Monday morning at 9:30 am from the Petykiewicz, Iocovozzi, & Burns Funeral Home, 329 S. Washington St. Herkimer and at 10:00 am in Sts. Anthony And Joseph Church where a Mass of Christian Burial will be celebrated by the Rev. Anthony Ligato, pastor. Interment will be in Calvary Cemetery later this spring. Calling Hours will be Sunday from 2-4 & 7-9 at the Petykiewicz, Iocovozzi, & Burns Funeral Home. Members of the Town Of Herkimer Senior Citizens are asked to meet Sunday afternoon at 3:00 and the Lady Elks at 7:15 at the funeral home for services. In lieu of floral offerings, contributions in Ruth's memory may be made to American Heart Association or Sts. Anthony And Joseph Church. Envelopes will be available at the funeral home. Expressions of sympathy may be placed on Ruth's online memorial page by going to www.iocovozzifuneralhomes.com