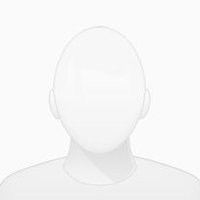 Mrs. Jaroslawa Kliszcz Herkimer - Mrs. Jaroslawa Kliszcz, 83, of 333 Pleasant Ave passed away Friday, March 3, 2006, in Little Falls Hospital. She was born in Poland on April 29, 1922, the daughter of the late Mikolaj and Anastasia Garbera and attended schools there. She was married to Antoni Kliszcz on January 18, 1937 in Poland. Mr. Kliszcz passed away on October 6, 1987. Mrs. Kliszcz was employed by Herkimer High School in the Maintenance Department for many years until her retirement in 1987. She was a member of St. Mary's Ukrainian Orthodox Church. Mrs. Kliszcz is survived by one son & daughter in law, Andrew & Walturd Kliszcz of Richfield Springs; one grandson, John Kliszcz of CA one granddaughter: Heather Kliszcz of Boston, MA; five sisters of Poland; a special niece, Mabel & her husband, Jerry Deal of Stanley, NY and several nieces, nephews and cousins in Poland. She was predeceased by three sons, John Kliszcz in 1968, Teodor Kliszcz on August 2, 1999 and Mikolaj Nick Kliszcz on July 7, 2004 and four brothers in Poland. Her funeral will be held Monday morning at 11:00 am from the Petykiewicz, Iocovozzi, & Burns Funeral Home, 329 S. Washington St. Herkimer and at 11:30 am in St. Mary's Ukrainian Orthodox Church, Moore Ave. Herkimer with the Archpriest James M. Jadick, officiating. Spring interment will be in St. Mary's Ukranian Orthodox Cemetery. Calling Hours will be Monday morning from 10:00 to 11:00 am at the Petykiewicz, Iocovozzi, & Burns Funeral Home. Expressions of sympathy may be placed on Jaroslawa's online memorial page by going to www.iocovozzifuneralhomes.com