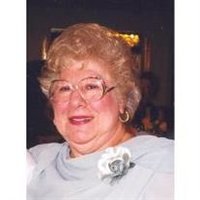 Mrs. Mary Jane Vallese Frankfort - Mrs. Mary Jane Vallese, 74, of 132 Grandview Ave passed away Saturday, September 2, 2006 in St. Luke's Memorial Hospital. She was born in Frankfort on September 5, 1931, the daughter of the late Henry and Catherine Onorato Kinney. She attended Frankfort schools and graduated from Frankfort Schuyler High School and she began her career as a secretary for various local industries including Univac and later the Library Bureau. Mary Jane was united in marriage to Primo Vallese on April 28, 1962 at St. Mary of Mount Carmel Church in Frankfort. They enjoyed 32 years of love, devotion and loads of laughter until Primo's death on January 14, 1994. Mary Jane was later employed as the Executive Secretary at the Herkimer Area Resource Center (HARC) from 1978 until her retirement in 1994. She was a devoted advocate for several ARC clients and had two special clients as annual guests for Thanksgiving dinner with her family. She was a Communicant of Our Lady Queen of Apostles Church and a member of it's Altar Rosary Society and served as the Secretary of the St. Francis Society Auxillary and the Young At Heart Senior Citizens. Mary Jane will always be remembered as a woman of astounding spirituality, generosity, compassion and gentility. She was a loving and selfless mother, grandmother, sister, aunt, cousin, godmother and friend. She possessed a fierce devotion towards the people she loved. Mary Jane had various hobbies and interests. After her retirement, she became a tour organizer for the Frankfort Young at Heart Seniors group. She orchestrated several events such as winery tours, restaurants and confectioner tours. She was best known for booking her famous casino tours across various states including those in Atlantic City, NJ, and Connecticut, and of course Las Vegas! Everyone knew "MJ" loved her nickel and quarter slot machines! Her unique sense of humor was paralleled only by her extraordinary culinary skills. Mary Jane is survived by two sons and one daughter in law, Gerry Vallese of Frankfort and Jeffrey & Lauretta Vallese of Utica; her cherished granddaughter, Sophie Vallese; one brother, Henry Kinney of PA; her sister In Law, Concetta Kinney of Frankfort; her aunt, Grace De Rocco of Ilion; her godson, Michael & his wife, Mary Tisi of Newcomb, NY; Mary Jane's very close friend, Rev Charles Gaffigan and several nieces, nephews and cousins. She was predeceased by one brother, Nicholas Kinney on February 17, 2006. Her funeral will be held Wednesday morning at 10:30 am from the V. J. Iocovozzi Funeral Home, Inc., 203 Second Ave. Frankfort and at 11:00 am in Our Lady Queen of Apostles Church where a Mass of Christian Burial will be Concelebrated by the Rev. Charles Gaffigan and Rev. John Yanas. Interment will be in Mt. Olivet Cemetery. Calling Hours will be Tuesday from 5-8 at the V. J. Iocovozzi Funeral Home, Inc. Members of the Young At Heart Senior Citizens & the St. Francis Society Auxillary will meet Tuesday evening at 5:15 at the funeral home for services. The family would like to extend their sincere appreciation to the staff of Faxton/St Luke's including the 3rd floor east and west, both intensive care units, Special Procedures, Occupational, Physical and Respiratory Therapy Departments for their excellent care and concerns. Personal thanks for the many years of devoted care and concern for our mother by her primary care physician Dr. Wade Hunt, Dr. DeCarlo, Her renal physicians including Drs. De Fillipo, Eldredge, and Tisch. Also included are the wonderful staff of both dialysis units at St. Luke's campus and Little Falls Hospital. Special thanks to her nurses especially Mildred Spaman and "buddy" Brian. The exceptionally caring staff of Valley Health Services for the wonderful care and kindness shown to Mary Jane especially Chris, Sean and Jennifer. Sean and Jennifer visited MJ in the hospital on several occasions and this really boosted her spirits. Deeds like that do not go unforgotten. Expressions of sympathy may be placed on Mary Jane's online memorial page by going to www.iocovozzifuneralhomes.com