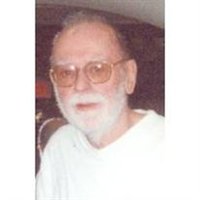 Mr. James R. Dawley Herkimer - Mr. James R. Dawley, 76, of Sherwood Acres passed away Saturday, January 7, 2006 in St. Elizabeth's Medical Center. He was born in Baldwinsville on September 1, 1929, the son of the late James Raymond and Anna Sullivan Dawley and he attended Baldwinsville and Syracuse schools. Jim served with the U.S. Army during World War II in the European Theater and with the Occupation Forces and was Honorably Discharged on March 30, 1947. He was married to Pauline Werenczak on May 31, 1948 in St. Joseph´s Church By The Rev. Vincent Nowak. Mr. Dawley was employed by Remington Arms, Ilion until retirement on April 30, 1985 after 32 years of dedicated service. He was a Communicant of Sts. Anthony And Joseph Church and a member of the Remington Arms 25 Year Club and the Mohawk American Legion Post #25. James is survived by his beloved wife, Pauline Dawley; one brother & sister in law, Stanton & Debbie Dawley of Mohawk; one sister & brother in law, Mary Jane & Thomas Welch of Syracuse; his in laws, Theodore Werenczak and Edward & Joan Werenczak all of Mohawk and several nieces, nephews and cousins. He was predeceased by his sister in law, Alice Werenczak On November 5, 1958. His funeral will be held Tuesday morning at 10:30 am in the Petykiewicz, Iocovozzi, & Burns Funeral Home, 329 S. Washington St. Herkimer with the Rev. Anthony Ligato, officiating. Spring interment will be in Calvary Cemetery with full Military Honors. Calling Hours will be Tuesday morning from 9:30 to 10:30 am at the Petykiewicz, Iocovozzi, & Burns Funeral Home. Expressions of sympathy may be placed on James' online memorial page by going to www.iocovozzifuneralhomes.com In lieu of flowers, contributions in James' memory may be made to MOVAC. Envelopes will be available at the funeral home.