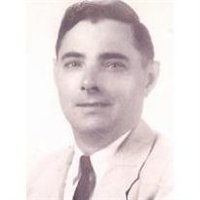 Mr. Walter Bulinski Frankfort Center - Walter Bulinski, 82, a long time resident of Frankfort Center, entered the realm of God on Tuesday, January 3, 2006 at his home with his beloved Olga, by his side. He was born on June 25, 1923 in Utica, the son of the late Anthony and Antoinette Szawlinski Bulinski. Walter was known as a kind and generous person who had a natural talent for the care of animals and ran his family farm for years. He was especially proud that an artesian well which was on his property served he and others his entire life and will continue to run, as an eternal reminder of him and what an honor it was to know Walter. He was married to Anne Margetiak on February 10, 1970. Mrs. Bulinski passed away on September 23, 1996. Walter was employed as sheet metalist for Remington Arms, Ilion for many years until his retirement. He served in the National Guard. Walter was an avid sportsman and loved nature and all it had to offer. He was a member of several clubs including the Ilion Moose Lodge and several Polka Clubs which he enjoyed so much with his Olga and all their friends. Walter is survived by his beloved, Olga Hatalla, his sister and brother-in-law, Gloria and John Pry of Frankfort Center; several nieces, nephews, great nieces, great nephews, cousins and life long friends. He was predeceased by his brothers, Adam, Mike, Joe and John Bulinski and his sister, Dorothy Salka. His funeral will be held at 12:15 PM, Friday from the V.J. Iocovozzi Funeral Home, Inc., 203 Second Ave, Frankfort, and at 1 PM, Friday in St. Peter's Church, Conventry Ave, North Utica, where a Funeral Mass of Christian Burial will be celebrated by Rev. Thomas Durante, pastor. Interment will be in St. Stanislaus Cemetery, Whitesboro. Calling hours will be 4-7PM, Thursday, at V. J. Iocovozzi Funeral Home, Inc. Expressions of sympathy may be placed on Walter's online memorial page by going to www.iocovozzifuneralhomes.com