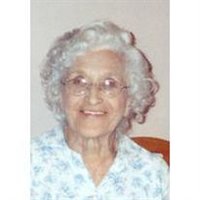 Mrs. Jennie R. Rodzinka Utica - Mrs. Jennie R. Rodzinka, 92, passed away Friday, December 16, 2005 peacefully in her home with her loving family beside her. She was born in Westfield, MA on June 19, 1913, the daughter of the late Frank and Mary Ann Wisniewski Stachelski and she attended schools there and later Potter School, Utica. She was married to Anthony Rodzinka on August 25, 1934 in Holy Trinity Church, a blessed union of 65 years. Mr. Rodzinka passed away on March 6, 2000. Mrs. Rodzinka was employed by Utica Knitting Mills for many years. She was a Communicant of Holy Trinity Church. Jennie was a wonderful mother, grandmother and sister and will be sadly missed by all whose lives she touched. She will be remembered as a strong yet patient lady who was loving and kind where others could go to for help & support. Jennie is survived by her beloved and dedicated daughter, Joan Calhoun who was also her best friend; her grandchildren, James & Mary Calhoun of Morrisville, VT, Jennifer & Michael Gerardi of Litchfield and Jason & Amanda Calhoun of Swanton, VT; two great grandchildren, Muirin Calhoun of Morrisville, VT and Eli Calhoun of Swanton, VT; one sister, Mary Gallagher of Yorkville; two brothers and one sister in law, John Bell of Herkimer and Anthony & Emily Stachelski of Yorkville and several nieces, nephews and cousins. She was predeceased by four brothers, Stanley Dzwonkowski, Joseph Dzwonkowski, Edward Bell and Robert Bell, one sister, Alice Pianka and her step father, George Dzwonkowski Her funeral will be held Monday morning at 8:15 from the Heintz Funeral Home, 408 Herkimer Rd., N. Utica and at 9:00 in Holy Trinity Church where a Mass of Christian Burial will be celebrated by the Rev. Arthur Hapanowicz, Pastor. Interment will be in Holy Trinity Cemetery. Calling Hours will be Sunday, December 18, 2005 from 4-8 at the Heintz Funeral Home. Jennie's family would like to extend their sincere appreciation to Senior Network Health and the Utica Police Department for the wonderful care and support shown the her during her illness and passing. A special thank you is extended to St. Elizabeth's Home Care especially Linda Reynolds who gave Jennie dedicated care. Expressions of sympathy may be placed on Jennie's online memorial page by going to www.iocovozzifuneralhomes.com