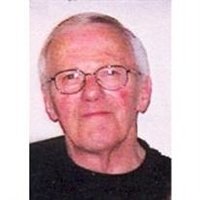 Donald W. Cristman Donald W. Cristman, 76, of 315 N. Prospect Street and formerly of Pine Ave, passed away Saturday morning, September 17, 2005 in the Allen Calder Wing of Faxton-St. Luke's Health Care Center, New Hartford. He was born on June 20, 1929 in Herkimer, the son of the late Lloyd and Grace Ackerbauer Cristman, Sr. Don was a graduate of Herkimer High School, Class of 1946. Don owned and operated the Kast Bridge Inn, Herkimer from 1976 to 1985, where he enjoyed many great times with friends playing pitch, pool, shuffleboard and making popcorn on Saturday nights. Earler in his life, he was employed with Remington Rand which later became Univac for thirthteen years. He was also employed at one time with New York Central Railroad, MDS, ATI, Mele Manufacturing and Martin Marrietta. Most recently, Don was employed as a funeral attendent with Iocovozzi Funeral Homes and was proud of his affiliation as a staff member. Don was a lifetime communicant and usher at St. Francis De Sales Church, Herkimer and was a twenty-five year member and former steward of the Herkimer Elks Lodge, #1439 B.P.O.E.. Don was also a member of the Alexander Hose Company, Mohawk and had donated over ten gallons of blood to the American Red Cross over the years. He was an avid Yankee fan and enjoyed watching, conversing about, and in his earlier days participating in baseball and basketball. Donald is survived by his daughters and son-in-law; Kathy and Gene Cimino of Ilion, and Linda Pavlot of Herkimer; his two sons: Donald "Cris" and Denise Cristman, Jr. of Clarkdale, AZ and Judd Cristman at home; his twin brother and sister-in-law, Dean and Marion Cristman of Herkimer and his brother, Richard Cristman of Springfield, MA and sister-in-law, Beverly Cristman of Rome; his ten grandchildren and two great grandchildren.Don also leaves Rebecca Cristman and Shirley Marine, his childrens' mothers, with whom he continued to maintain warm and loving relationships. He leaves many nieces, nephews, in-laws and countless friends. He is predeceased by his infant daughter, Margaret Rebecca Cristman who passed away January 5, 1985 and his brother Lloyd Cristman, Jr. who passed away September 18, 1990. His funeral service will be held 11:00 AM, Wednesday at Petykiewicz, Iocovozzi, & Burns Funeral Home, 329 S. Washington St., Herkimer, with Fr. Mark Cunningham, pastor of St. Francis de Sales Church, officiating. Interment will be in Oak Hill Cemetery, Herkimer. Calling Hours will be 5-8 PM, Tuesday, at the Petykiewicz, Iocovozzi, & Burns Funeral Home. The Herkimer Elk Lodge #1439 B.P.O.E. will be performing ritual services at 7 PM, Tuesday at the funeral home. Contributions in Don's memory may be offered to the Amercian Cancer Society. The family wishes to extend their heartfelt thanks to the doctors and nursing staff at the Allen Calder Wing for their kind and compassionate care of Don during his final days.