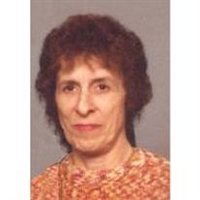 Mrs. Arline M. Oyer Frankfort - Mrs. Arline M. Oyer, 72, of 404 S. Litchfield St passed away Sunday, June 5, 2005 in St. Luke´s Memorial Hospital. She was born in Remsen on September 2, 1932, the daughter of the late H. Elmer and Marion Roscup Bush. She attended Remsen schools and graduated from Remsen High School with the class of 1950. She was married to Lester W. Oyer on August 16, 1952 in Sts. Peter & Paul´s Church, Frankfort. Mr. Oyer passed away on December 2, 1992 Arline was a caring woman who assisted many elderly people throughout the area for several years. She was a Communicant of Our Lady Queen Of Apostles Church and a member of the Young At Heart Senior Citizens. Arline is survived by one daughter, Deborah A. Marrone of Marcy; five sons & three daughters in law, Dennis & Jamie Oyer of Seattle, WA, David & Carol Oyer of Herkimer, Timothy Oyer of New Hartford, Jeffrey Oyer of Utica and William "Joe Joe" & Edith Oyer of Sauquoit; one sister, Joy Serviss of Schuyler ; one brother & sister in law, Donald & Carol Bush of Sauquoit; her in laws, Theresa Bush of Herkimer and Don & Joanne Oyer of Frankfort; ten grandchildren, one great grandchild and several nieces, nephews and cousins. She was predeceased by one brother, Bradley Bush. Her funeral will be held Tuesday afternoon at 12:00 in Our Lady Queen Of Apostles Church, S. Frankfort St. Frankfort where a Mass of Christian Burial will be Celebrated by the Rev. John Yanas. Interment will be in Prospect Cemetery. There are no public calling hours. Her funeral arrangements have been entrusted to the V. J. Iocovozzi Funeral Home, Inc., 203 Second Ave. Frankfort Expressions of sympathy may be placed on Arline's online memorial page by going to www.iocovozzifuneralhomes.com