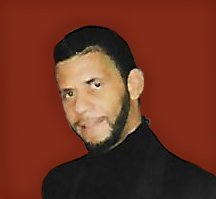 Bronx, NY - Mr. Frank Fernandez, 60, of Bronx, New York, passed away, Tuesday, December 18, 2018 in Montefiore Medical Center with his family by his side.

Frank was born in Bronx, New York on May 16, 1958, the son of Victor and Zoraida Pimentel Fernandez and he attended schools there. He was employed as a driver with California Raisins, NYC.

His funeral will be held privately at the convenience of his family. Funeral arrangmenets are under the direction of the V.J. Iocovozzi Funeral Home, Inc. 203 Second Avenue, Frankfort.

To plant a beautiful memorial tree in memory of Frank Fernandez, please visit our Tree Store

A Memorial Tree was planted for Frank
We are deeply sorry for your loss ~ the staff at V.J. Iocovozzi Funeral Home, Inc.
Join in honoring their life - plant a memorial tree
Services for Frank Fernandez
There are no events scheduled. You can still show your support by planting a tree in memory of Frank Fernandez.
Plant a tree in memory of Frank
Print
Share A Memory
Plant a Tree