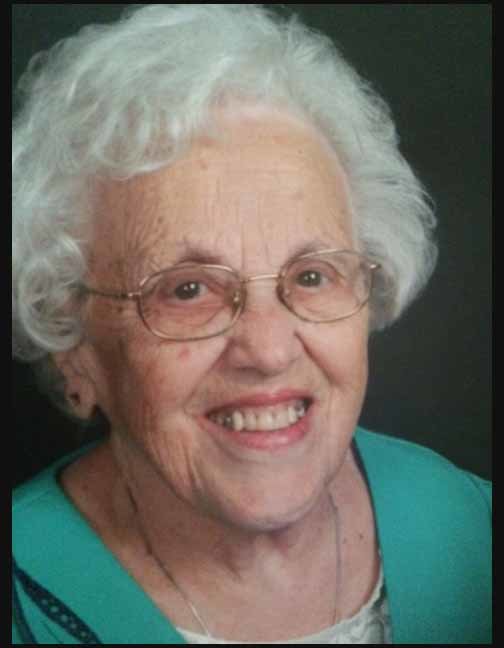 Obituary of Mary A. Foglia

Frankfort - Mrs. Mary A. Foglia, 99, of Frankfort, passed away peacefully on Friday, February 1, 2019 in St. Elizabeth's Medical Center with her family by her side.

She was born in Frankfort on September 11, 1919, the daughter of the late Fred and Teresa Sylvester Vivacqua and she attended Frankfort schools. She was married to Frank Foglia on July 12, 1947 in St. Mary's Church. Frank passed away on May 18, 1992. Mary was employed by Dulak Cleaners and later by MDS, Herkimer. She was a communicant of Our Lady Queen of Apostles Church and a member of the St. Francis Di Paolo Society Auxiliary. Mary was a devout catholic, participating in many church activities and especially enjoyed making cookies for the church’s Christmas Bake Sale

Her funeral will be held Wednesday morning, February 6, 2019 at 9:45 AM in the V.J. Iocovozzi Funeral Home, Inc., 203 Second Avenue Frankfort and at 10:30 AM in Our Lady Queen of Apostles Church, Frankfort, where a Mass of Christian Burial will be celebrated by her great nephew, Rev. Francis Vivacqua. Spring interment will be in Mt. Olivet Cemetery in Frankfort. Calling hours will be Tuesday evening from 4:00 - 7:00 PM at the V.J. Iocovozzi Funeral Home, Inc. Members of The St. Francis Auxiliary will meet Tuesday afternoon at 4:30 at the funeral home for services.

In lieu of flowers, contributions in Mary's memory may be made to the Abraham House, 1203 Kemble St. Utica, NY 13501. Envelopes will be available at the funeral home.

Expressions of sympathy may be placed on Mary’s online memorial page by going to www.iocovozzifuneralhomes.com

To send flowers to the family or plant a tree in memory of Mary Foglia, please visit Tribute Store
Print
Tuesday
5
February