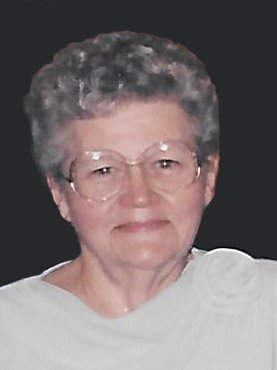 Herkimer - Mrs. Frances Bouzan Kozakowski Bermudez, 91, of Herkimer, passed away, Saturday, November 17, 2018 in St. Elizabeth's Hospital with her loving family by her side.

She was born in Utica on December 5, 1926, the daughter of the late James and Alice Heilimann Bouzan. She attended Van Hornesville Schools and graduated with the class of 1944. She was married to Arthur F. Kozakowski on August 26, 1950 in St. Joseph's Church. Arthur passed away on October 20, 1989. She was later married to Max Bermudez on November 19, 1993 in Sts. Anthony & Joseph Church. Max passed away January 12, 2016. Fran was at one time employed with WT Grant's, Montgomery Ward and later, in the Claims Department at Remington Arms Co. until her retirement in 1985. She was a communicant of Sts. Anthony & Joseph Church in Herkimer, a member of their Rosary Society and Sacred Heart Society, the St. Francis DiPaolo Society, the Polish Club Aux. and the Friends of German Flatts Park. She was on the board of directors for the Remington Federal Credit Union and volunteered with the St. Francis DiPaola Rosary Society. She was also a member of several organizations in Wildwood, Florida; she volunteered with the Outreach Food Pantry and was a communicant of St. Vincent DePaul's Church where she volunteered at their church store and was on the board of directors at the club house, "Parkwood Oaks." She also worked as a volunteer with Hospice in Herkimer and continued to do so with Stone Hospice of Marion County after her move to Wildwood.

Her funeral will be held Saturday, November 24, 2018 at 8:45 AM from the V.J. Iocovozzi Funeral Home, Inc. 203 Second Ave. Frankfort and at 9:30 AM in Sts. Anthony & Joseph Church, 229 S. Main St. Herkimer, where a Mass of Christian Burial will be celebrated by the Rev. Quy Vo. Calling hours will be Friday evening from 4:00-8:00 PM at the V.J. Iocovozzi Funeral Home, Inc. 203 Second Avenue, Frankfort. Spring Interment will take place in Calvary Cemetery, Herkimer. Funeral arrangements are under the direction of the Petykiewicz, Iocovozzi & Burns Funeral Home 329 S. Washington St., Herkimer.

Expressions of sympathy may be placed on Fran's online memorial page by going to www.iocovozzifuneralhomes.com

To send flowers to the family or plant a tree in memory of Frances (Kozakowski) Bermudez, please visit Tribute Store
Print
Friday
23
November