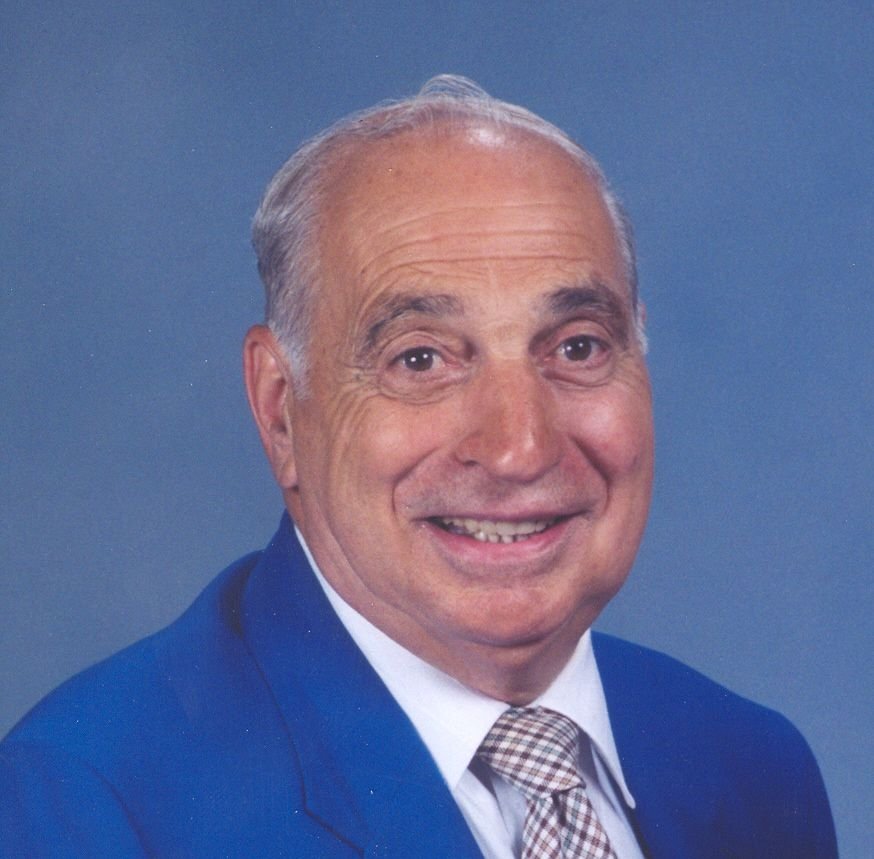 He was born in Herkimer on February 10, 1924, the son of Fortunato and Laura Trimboli Baggetta and he attended Herkimer schools. He was married to Ruth Costanzo on June 13, 1948 in St. Joseph's Church, Dolgeville. Ruth passed away on March 16, 2006. Tony was employed by Library Bureau as an Expeditor for 35 years until his retirement in 1986. He was a communicant of Sts. Anthony and Joseph Church serving as an usher since 1945; a member of the Sts. Anthony Crusader’s and was honored as Man of the Year; Life member of the Herkimer Elks receiving Elk of the Year in 1973 and served as Tiler and on the Board of Directors; Town of Herkimer Senior Citizens;  he helped establish and maintain the Senior Mini Park Festival of Lights Holiday Program and served as Chairman and was awarded Outstanding achievement award from Herkimer County Office of the Aging in 1999.

Tony is survived by his daughter and son in law, Marie and Dominic Milazzo of Walton, NY; one grandson, Peter Milazzo; one granddaughter, Stephanie and her husband, Matthew Clinger; two great grandchildren, Brian and Madeleine; two brothers and sisters in law, Salvatore and Jane Baggetta and Joseph and Katherine Baggetta, all of Herkimer; one sister Antoinette Recchia of Herkimer; one sister in law, Frances Baggetta of Herkimer and several nieces, nephews and cousins. He was preleased by his daughter, Diane Marie Baggetta in 1954 and two brothers, Dominick and his wife, Victoria Baggetta and Frank Baggetta and his brother in law, Joseph Recchia.

His funeral will be held Saturday, May 4, 2019 at 9:00 in Sts. Anthony and Joseph Church, S Main ST., Herkimer  where a Mass of Christian Burial iby the Rev. Quy Vo, pastor. Interment will be in Calvary Cemetery. His funeral arrangements are under the direction of the Petykiewicz, Iocovozzi & Burns Funeral Home 329 S. Washington St., Herkimer, NY.

In lieu of flowers, contributions in Tony’s memory may be made to Sts. Anthony and Joseph Church, 344 S. Washington St., Herkimer, NY 13350 or to Macular Degeneration Bright Focus Foundation,  22512 Gateway Center Drive, Clarksburg, MD 20871 or they can be mailed to his daughter, Marie Milazzo, 32 Maple St., Walton, NY 13856.

To plant a beautiful memorial tree in memory of Anthony Baggetta, please visit our Tree Store

A Memorial Tree was planted for Anthony
We are deeply sorry for your loss ~ the staff at Petykiewicz, Iocovozzi & Burns Funeral Home
Join in honoring their life - plant a memorial tree
Services for Anthony Baggetta
There are no events scheduled. You can still show your support by planting a tree in memory of Anthony Baggetta.
Plant a tree in memory of Anthony
Print
Share A Memory
Plant a Tree