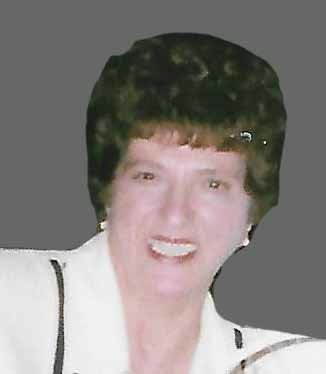 She was born in Jersey City, New Jersey on October 14, 1927, the daughter of the late Salvatore and Lena Cimino Tripolone and she attended Herkimer schools. She was married to Louis Patrei on September 25, 1948 in St. Anthony's Church in Herkimer. The two shared a blessed union of 62 years until Louis' passing on August 17, 2011. Viola was a communicant of St. Mary's Church in Clinton.

Her funeral will be held at the convenience of her family. In keeping with Viola's wishes, there will be no public calling hours. Spring interment will be in St. Agnes Cemetery. Her funeral arrangements are under the direction of the from the V.J. Iocovozzi Funeral Home, Inc., 203 Second Avenue Frankfort.

In lieu of flowers, contributions may be made to St. Jude’s Children’s Hospital, 262 Danny Thomas Pl, Memphis, TN 38105.

Viola’s family would like to extend their sincere appreciation to Michael McCoy and the entire staff of St. Luke’s Home for the wonderful care and kindness shown to her during her stay and passing.

Expressions of sympathy may be placed on Viola’s online memorial page by going to www.iocovozzifuneralhomes.com

To send flowers to the family or plant a tree in memory of Viola Patrei, please visit Tribute Store
Print
Thursday
21
February