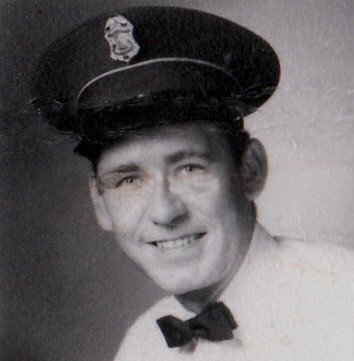 Herkimer - Bernard N. "Bernie" Blask, 87, of Herkimer passed away, Thursday, April 18, 2019 in Little Falls Hospital with his loving family by his side.

He was born May 29, 1931, the seventh and youngest child of Mary and Paul Blask, Sr. Born and raised in Middleville, NY, Dad graduated from Middleville High where he excelled in sports and drama. Dad used to say he graduated from the "School of Hard Knocks", and his first boss was "Manual Labor," and it is true that his work ethic was epic. He worked as a dairy man, in tanneries and for the former Mohawk Data Sciences/Momentum..

He was a longtime member of the E.W. Corey Hose Company, rising to the rank of Assistant Chief. He was a veteran of the Army National Guard, and longtime Falcon and former president and proprietor of Herkimer's Polish Club.

Dad was a sports guy, a lifelong Dodger fan, who excelled in basketball and baseball. He played semi-pro baseball and spoke of striking out Bob Feller. Dad's talents, combined with those of his brother, Maynard were the stuff of local legend. The Blask brothers were a baseball force to be reckoned with. Later, Dad played and coached fast and slow pitch softball.

Dad loved nature: fishing, hiking, exploring, hunting and camping. Who can forget Camp Kill-a-Keg? Dad loved the Adirondacks and aspired to be a forest ranger. Instead, he was our own Adirondack Guide.

Dad loved animals, had a great sense of humor and an infectious laugh. His practical jokes are legendary. He was so much fun to be around and included everyone. He was a good friend, and friends meant the world to him. Many fondly recall his laughter-filled Wednesday night card games.

Dad loved family. He married Mom, the late Karen Ashley Blask on April 25, 1959 and together they raised five children. To us, he was the bringer of treats, piggyback rides and bedtime stories. Long talks, riding in the back of his truck, big hugs, "Dad dates," so many memories. How do you sum them up? You can't.

His funeral will be held Saturday, May 11, 2019 at  9:00 at Sts Anthony and Joseph Church where a Mass of Christian Burial will be celebrated by the Rev. Quy Vo, pastor. Interment will be in St. John’s Cemetery, Newport. There are no calling hours.  His Funeral arrangements have been entrusted to the Petykiewicz, Iocovozzi & Burns Funeral Home, Herkimer.

Special thanks to the Alpine staff, ER nurse Dawn, and staff of Third Floor East at Bassett Little Falls, especially Sarah Null, FNP.  You hit it out of the park with the kindness and compassion you showed Dad and us.

Expressions of sympathy may be placed on Bernie's online memorial page by going to www.iocovozzifuneralhomes.com

To plant a beautiful memorial tree in memory of Bernard Blask, please visit our Tree Store

A Memorial Tree was planted for Bernard
We are deeply sorry for your loss ~ the staff at Petykiewicz, Iocovozzi & Burns Funeral Home
Join in honoring their life - plant a memorial tree
Services for Bernard Blask
There are no events scheduled. You can still show your support by planting a tree in memory of Bernard Blask.
Plant a tree in memory of Bernard
Print
Share A Memory
Plant a Tree