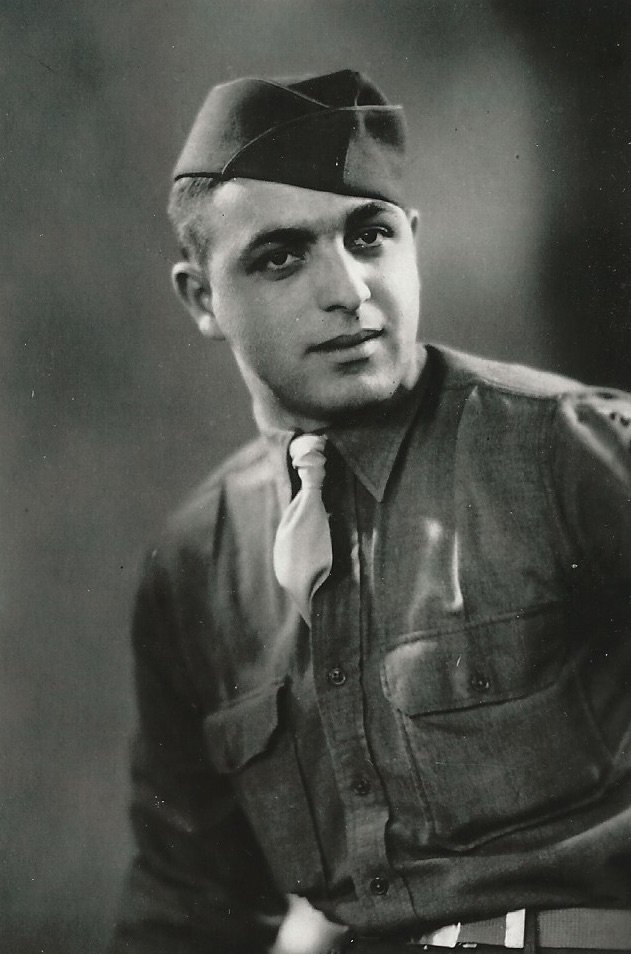 Frankfort - Mr. Joseph Michael Diliberto, Sr., 97, a longtime resident of Frankfort, NY passed away peacefully on July 6, 2019 in Valley Health Services in Herkimer with his loving and devoted wife by his side.

Joe was born May 4, 1922, the son of the late Sylvester and Rosalia (Randazzo) Diliberto and he attended Frankfort schools. A proud Army veteran of World War II, he was a member of the 2nd Armored Division serving under General Patton in the European and Mediterranean Theatre. He served in the African Campaign, Normandy Invasion and The Battle of the Bulge. Joe was honorably discharged with rank of Sergeant 1st class on October 15, 1945. Joe was joined in marriage to his beloved wife Nancy Costanza on October 30, 1954 in St. Mary's Church Frankfort by Father Lamanna. The two shared 64 years of marriage filled with love and commitment.

He was at one time employed for the Town of Frankfort and Mohawk Metals. He was later employed by Griffiss Air Force Base for 25 years as an equipment machine operator, with the Road & Grounds Department until his retirement in 1984.

One of the highlights of his life was his veteran’s trip to Washington to see the World War II Memorial. In spite of his physical disability, he was determined to make the trip with the assistance of Judge John Brennan, Esq. & committee members that made it possible. After his trip, he said "It was worth a million dollars." He was a communicant of Our Lady Queen of Apostles Church and a member of the Battle of the Bulge Organization and the VFW Post 502.

His funeral will be held Wednesday morning, July 10, 2019 at 9:45AM from the V.J. Iocovozzi Funeral Home, Inc., 203 Second Avenue Frankfort and at 10:30 from Our Lady Queen of Apostles Church where a Mass of Christian Burial will be celebrated by the Rev. Paul Catena. Interment will follow in Mt. Olivet Cemetery in Frankfort with full Military Honors. Calling hours will be Tuesday July 9, 2019 from 4:00PM -7:00PM in the V.J. Iocovozzi Funeral Home, Inc. Members of the VFW will meet Tuesday evening at 6:30 at the funeral home for services.

Joe’s family would like to extend their sincere appreciation to the nurses and staff of Valley Health Services, especially Alysha, Amanda, Nicole RN, Nicole, Catherine NP, Robin, Haley and Courtney for the loving care shown to him during his stay and passing.

To send flowers to the family or plant a tree in memory of Joseph Diliberto, please visit Tribute Store
Print
Tuesday
9
July