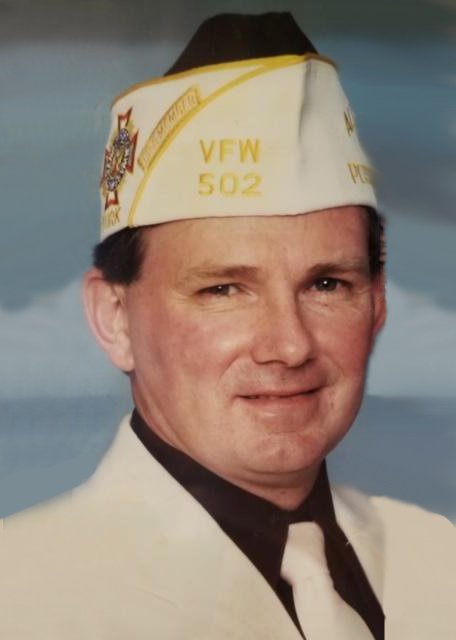 He was born in Ilion on March 1, 1947, the son of the late Edmund P. and Marie Barton Juteau. He attended Frankfort schools and graduated from Frankfort High School with the class of 1966. He later went on to attend Herkimer County Community College. He served in the Army during the Vietnam War from October 3, 1966 until his Honorable discharge on October 2, 1969. He was married to Deidre Adams on November 27, 1996 in Frankfort. Bill was at one time employed as a Master Printer with MV Printing, he was an Assembler for Remington Arms, he was employed with American Press, Eastern Copy Service and Quick Copy Printing until his retirement in September of 2013. He was a communicant of Our Lady Queen of Apostles Church, Frankfort, a member of the 4th District VFW, VFW Post 502 where he held the position of Commander in 1994 and 2004 and was State Chaplain in 2018, the NY State American Legion Representative At Large, NY State Swim Organization State Representative and Water Safety Chairman with the Red Cross for 15 years and was a member of the Military Order of Cooties.

Bill is survived by his beloved wife, Deidre of Richfield Springs; one daughter, Rayann Juteau of Frankfort; two sons and one daughter in law, David Juteau and Jason and Joanne Juteau, all of Frankfort; one step-daughter and her husband, Rebecca and John Laufer of Saratoga Springs; his beloved grandchildren, Justyn Lawrence, Adam Lawrence, Matthew Prentice, Emilee Juteau, Jaiden Lawrence, Tyler Juteau, Vanessa Juteau and Private 1st Class Zachery Juteau USMC; two sisters and one brother in law, Rita and Louis Yashinski and Linda Juteau, all of Frankfort; his sister in law, Kay Fikes Juteau of Herkimer and several nieces, nephews and cousins. He was predeceased by two brothers, Edmund Juteau, Jr. on February 3, 1980 and Raymond Juteau on July 14, 2012.

His funeral will be held Saturday morning, September 21, 2019 at 9:45 from the V.J. Iocovozzi Funeral Home, Inc., 203 Second Ave. Frankfort and at 10:30 in Our Lady Queen of Apostles Church where a Mass of Christian Burial will be celebrated. Interment will follow in Mt. Olivet Cemetery, Frankfort. Calling hours will be Friday evening from 4-8 PM in the V.J. Iocovozzi Funeral Home, Inc. Members of the VFW will meet Friday evening at 6:30 at the funeral home for services.

In lieu of flowers, contributions in Bill's memory may be made to the VFW National Home for Children, 3573 S. Waverly Rd. Eaton Rapids, MI 48827. Envelopes will be available at the funeral home.

Expressions of sympathy may be placed on Bill’s online memorial page by going to www.iocovozzifuneralhomes.com

To send flowers to the family or plant a tree in memory of William Juteau, please visit Tribute Store
Print
Friday
20
September