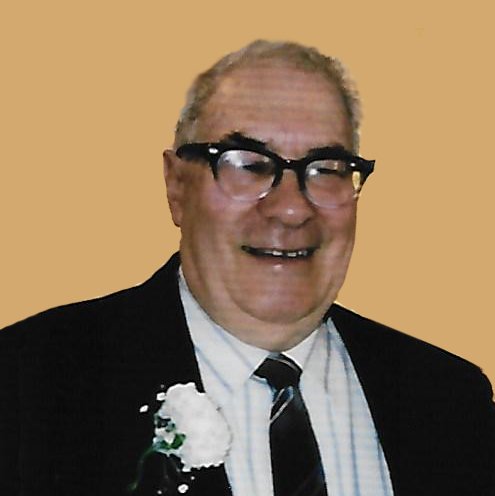 Frankfort - Mr. Joseph Tocco, 94, of Frankfort, passed away Thursday, November 14, 2019 in the Masonic Health Pavilion with his devoted family by his side.

He was born in Frankfort on May 12, 1925, the son of the late Frank and Providenza Paratore Tocco, Sr. Joe was a graduate of the Frankfort-Schuyler class of 1944. He was married to the love of his life, Theresa Zasa on November 27, 1947 in St. Mary of Mt. Carmel Church, Utica. They shared a loving, caring relationship for 56 years until her passing on July 2, 2004. Joseph was employed as a Forklift Operator for Union Tools Company for 34 years until his retirement in 1991. Joseph was a communicant of Our Lady Queen of Apostles Church in Frankfort, a member of the Columbianna Society, the Capi DiFamiglia Lodge of the Columbian Federation and the Diamond Service Club of Union Tools. For many years, he also was a hard-working farmer, raising fruits and vegetables for sale. He generously provided samples of his harvest to many relatives and friends.

Joe was a very talented musician, a trumpet player, belonging to several old-time local bands including the Troubadors, the Ted Stevens Band, the Dick Perry Band, the Ilion Fireman's Band and the Red Band. Perhaps many will remember him as a member of Joe Grippe's Tophatters, a popular swing band in the Mohawk Valley.

Joe's greatest joy was spending time with his family. He was a true Italian patriarch who always put La Famiglia (his family) first. His family was truly blessed by his love, his guidance and his support. They are forever grateful for his hard work and the sacrifices he made to enrich their lives. He will forever be in their hearts.

He was predeceased by two brothers and sisters in law, Frank and Lucy Tocco and Victor and Kay Tocco; three sisters and two brothers in law, Mary Jane Spina, Marion and Kenneth Wetmore and Florence and Patsy DeLuca; his in laws, Louise and Leo Abbott, Joseph Abbott, Rocco Zasa and Mildred Zasa and a niece and nephew, Florie and Jim Scarchilli.

Joe's family would like to thank the Masonic Care Facility staff for their care and compassion shown to Joe during his stay there. They especially want to thank the staff of the Monroe Household who treated him with kindness, respect and dignity.

His funeral will be held Monday morning at 10:15 AM from the V.J. Iocovozzi Funeral Home, Inc. 203 Second Ave. Frankfort and at 11:00 AM in Our Lady Queen of Apostles Church where a funeral mass will be celebrated by the Rev. Donald Czelusniak. Interment will follow in Mt. Olivet Cemetery. Calling hours will be Sunday afternoon from 3-7 at the V.J. Iocovozzi Funeral Home, Inc.

In lieu of flowers, please consider donations in Joe's memory to Our Lady Queen of Apostles Church, Frankfort or to the S.S. Maria Addolorata Society. Envelopes will be available at the funeral home.

To plant a beautiful memorial tree in memory of Joseph Tocco, please visit our Tree Store

A Memorial Tree was planted for Joseph
We are deeply sorry for your loss ~ the staff at V.J. Iocovozzi Funeral Home, Inc.
Join in honoring their life - plant a memorial tree
Online Memory & Photo Sharing Event
Online Event
About this Event

Look inside to read what others have shared
Family and friends are coming together online to create a special keepsake. Every memory left on the online obituary will be automatically included in this book.
View Tribute Book
Services for Joseph Tocco
There are no events scheduled. You can still show your support by planting a tree in memory of Joseph Tocco.
Plant a tree in memory of Joseph