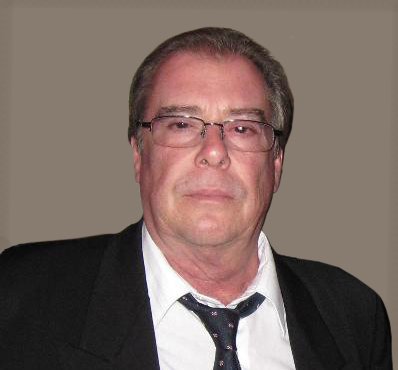 Frankfort - Joseph R. Nicastro, 68, of Frankfort, passed away Monday, November 25, 2019 in St. Luke´s Memorial Hospital with his family by his side.

He was born in Ilion on August 4, 1951, the son of the late Joseph S. and Betty Jean Townsend Nicastro. He attended Frankfort schools and graduated from Frankfort Schuyler High School with the class of 1970. Joe was a self-employed farmer and co-owner of Riverside Dairy in Frankfort for many years until his retirement in 2001. Joe was a communicant of Our Lady Queen of Apostles Church in Frankfort and a member of the St. Francis DiPaola Society.

Throughout his years, Joe loved tending to his garden, mowing his lawn, and cooking his famous mushroom stew. Joe's house was the place to be for any family gathering. Alyssa's fond memories are of how he liked to cook sauce on Sunday and fry up smelts on Christmas. He had the biggest heart, especially for his two girls, for whom he would do anything. Krystina cherishes their lawn mower rides, snowmobile rides, time spent with the horses, and haircuts she would give him on the couch. Those who know him best probably hear his voice echoing in their heads shouting, "There's no place like home!", or, "Whattsa matter with you?!"

Joe is survived by his two beloved daughters, Alyssa Nicastro and her fiancé, Adrian Trzaskus of New York City and Krystina (Bean) Nicastro and Stephen McCoy of Frankfort; two brothers, Thomas and Barbara Nicastro of Weirton, WV and Christopher Nicastro and Rossana Cappelli of Frankfort; three sisters, Florence Poole of Frankfort, Rose Ann Nicastro and Ethan Money of Kennesaw, GA and Lucy and Matthew Westgate of Hillsborough, NJ; several nieces, nephews and cousins; one uncle, Leo Digristina of Schuyler and one aunt, Sheryll Townsend of Frankfort. He was predeceased by one brother, David Nicastro and one brother-in-law, Raymond Poole.

To send flowers to the family or plant a tree in memory of Joseph Nicastro, please visit Tribute Store
Print
Friday
29
November