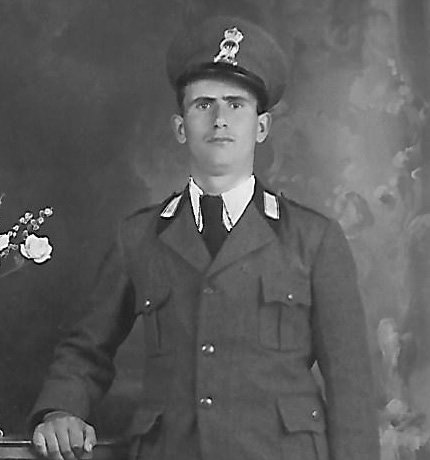 Frankfort - Mr. Joseph Crociata, 99, of Frankfort, passed away Sunday, December 29, 2019 at home with his loving son by his side.

He was born in San Cipirello, Palermo, Sicily on January 5, 1920, the son of the late Vito and Anna Magro Crociata and he attended schools there and served in the Italian Army during World War II. He came to the United States in 1960 and on March 15, 1961, he was married to Rose Sgroi in St. Mary's Church in Frankfort. The two shared a blessed union until Rose's passing on December 10, 2015. Joseph was employed as a laborer for the Union Fork & Hoe Co. until his retirement in 1982. He was a communicant of Our Lady Queen of Apostles Church and was a member of the Young At Heart Senior Citizens.

Joseph is survived by one son, Joseph Crociata of Frankfort; one sister, Josephine Crociata of Sicily and several nieces, nephews and cousins.

His funeral will be held Monday, January 6, 2020 at 9:45 AM from the V.J. Iocovozzi Funeral Home, Inc., 203 Second Avenue Frankfort and at 10:30 AM at Our Lady Queen of Apostles Church, 412 S. Frankfort St. Frankfort, where a funeral mass will be celebrated by the Rev. Paul Catena. Spring Interment will take place in Mt. Olivet Cemetery. Calling hours will be Sunday afternoon from 4-6 PM at the V.J. Iocovozzi Funeral Home, Inc.

To send flowers to the family or plant a tree in memory of Joseph Crociata, please visit Tribute Store
Print
Sunday
5
January