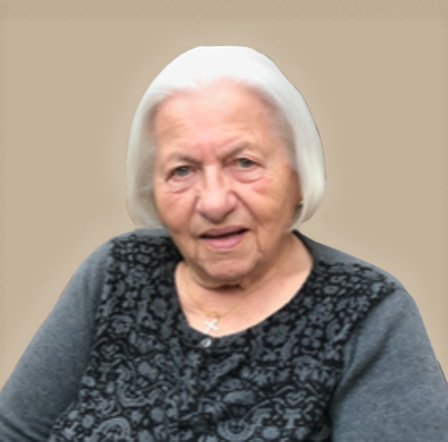 Plant a tree in memory of Alla

Please wait
O
Oxana Lapchuk posted a condolence
I am her niece Oxana and I loved Alla very much. She was a compassionate and kind woman with a big heart. I loved coming summers to Utica to spend time with my cousins Val and Lee and my second cousin Lucy. But most of all I remember all the won-derful talks I had with Alla. Alla and my mother, Tatiana were close friends but unfortunately she died early when I was only 16. Alla became a substitute mother for me and in many ways filled the emptiness I felt when I lost my mother at such a young age. As I got older and moved to Florida we use to talk many times on the phone and share our deepest feelings with one another. I visited Alla several times throughout the years and the last time I saw her was in the summer of 2015. I knew she was getting older and wanted to see her while she was still alive. At the time she was 90. Who thought she would live another 4 years. She has lived longer than anyone else in our family and I am so grateful to have known her. She was a treasure and will be greatly missed by me. My deepest sympathy to all her family members, especially her children, Val, Lee and Alex. I know she loved them all very much and was happy to see them all doing well. And when the grandchildren and great-grandchildren came she was happy to be able to spend time with all of them. She had a strong faith in God and I think this sustained her through the difficult years. She will forever be in my thoughts and I will never forget what a blessing she has been in my life. In lieu of flowers I will be donating funds in her memory to the American Diabetes Association in my local town here in Orlando.
Please wait
Share Comment
J
John J. Devlin III posted a condolence
I’ll always remember my Baba through the lens of my childhood ‘Tom Sawyer’ adventure-summers staying with her on my own. She always reminisced about the time I painted her backyard fence, and I actually did the work, and didn’t try to con somebody else into doing it! I loved her and will miss my little Ukrainian Baba.
Please wait
Share Comment
J
John Devlin posted a condolence
The life of my mother-in-law, Alla Gromow gives enhanced illustration to the word ‘survivor’. She was born in 1925 in Ukraine to an agricultural peasant Kulak family (‘Kulak’ being defined as a group of people who ‘irredeemably’ and ‘deplorably’ owned more than 5 or 6 acres of land, and maybe, a few cows). She survived Stalin’s obsessive desire to exterminate her people in the Holodomir, and when the Nazis invaded Ukraine in WWII she also survived Hitler’s determination to enslave her in a broom factory for the rest of her life. In 1951, alone with a toddler and an infant daughter (her husband was to follow later) she boarded the General Blatchford in Europe and crossing the Atlantic was processed into the US through Ellis Island. For the remainder of her life she worked hard in a factory and later in a private business, and lived to see her children completing college and beyond and her descendants becoming productive and free participants in the real American dream. Alla, it was a both privilege and a meaningful cautionary tale to know you and your story.
Please wait
Share Comment
L
Luci owens lit a candle
//s3.amazonaws.com/skins.funeraltechweb.com/tribute-gestures/Candle10.png