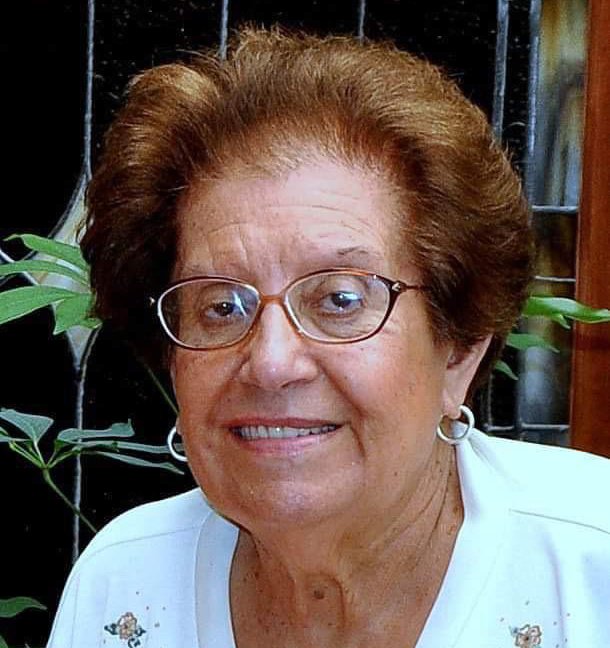 Please share a memory of Angela to include in a keepsake book for family and friends.
View Tribute Book

Frankfort - Angela J. Lomazzo, 85, of Frankfort, passed away Tuesday, February 18, 2020 at the Masonic Care Community with her loving family by her side.

She was born in Brooklyn on June 24, 1934, the daughter of the late John "Puzze" and Marie Gerardi Puzzilla and she attended Frankfort schools. Angela was employed as an Key Punch operator for Univac, Ilion & Utica Plants for many years. Angela and her mother, Marie sold Avon throughout Frankfort. She was a communicant of Our Lady Queen of Apostles Church.

Angela is survived by one son and daughter in law, Anthony and Joy Lomazzo of Rome; one brother, Anthony Puzzilla of La Plata, Maryland; two sisters and brothers in law, Jean and Philip Cosentino of San Jose, CA, Deborah and Kenneth Slade of Boynton Beach, FL; her beloved grandchildren, Anthony and his wife, Sydney Lomazzo, Sgt. Jessica and her husband, Sgt. Bryan Sheridan, serving with the US Air Force and Christopher Lomazzo and his fiancé, Madalin; great-grandchildren, Meridalyn Lomazzo, Paisley Lomazzo, Connor Sheridan and Quincy Sheridan and several nieces, nephews and cousins. She was predeceased by her great-grandson, Leonardo Anthony Lomazzo on December 20, 2019.

Angela's family would like to extend their sincere appreciation to the nurses and staff at the Masonic Home, especially the staff on Monticello. Special thanks to Jasmine, Naomi, Marcia and Amanda.

Expressions of sympathy may be placed on Angela’s online memorial page by going to www.iocovozzifuneralhomes.com

To send flowers to the family or plant a tree in memory of Angela Lomazzo, please visit Tribute Store
Print
Monday
24
February