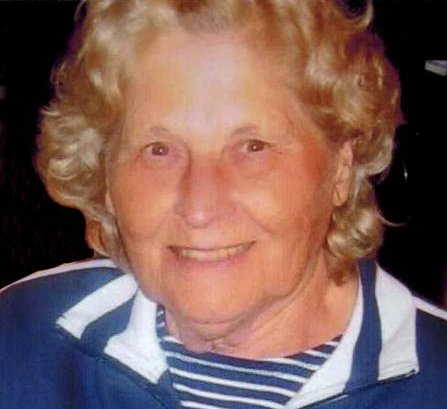 Utica - Irene M. Lazarek, 91, of Utica passed away Wednesday, February 19, 2020 in Charles T. Sitrin Health Care Center with her family by her side.

She was born in Amsterdam, New York on December 27, 1928, the daughter of the late Antonio and Wanda Sobota Leszczynski and she attended Amsterdam schools.

She was married to John Lazarek on June 28, 1958 in St. Stanislaus Church, Amsterdam. Mr. Lazarek passed away in February of 1966. Irene was employed by General Electric, Utica, Par Technology and later for Baker Greenhouses. She later relocated to Charlotte, NC where she was employed by Goodwill until her retirement in 2009. She was a communicant of St. Mark's Roman Catholic Church, N. Utica and a former communicant of St. Stanislaus Church, Amsterdam.

Irene is survived by her daughter, Nance Lazarek of Rochester; her son, Glen Lazarek of Utica; three grandchildren, Patrick Lazarek and Jessica Lazarek both of Charlotte, NC and Garrett Hogan of Rochester and several nieces, nephews and cousins. She was predeceased by three sisters, Stella Trzaskos, Lottie Racynski and Anna Leszczynski and one brother, John Leszczynski.

Her funeral will be held Thursday, February 27, 2020 at 10:00 AM in St. Mark's Roman Catholic Church, 440 Keyes Rd Utica where a Mass of Christian Burial will be celebrated by the Rev. Fr Mark A. Pasik. Interment will be in St. Agnes Cemetery. Funeral arrangements are under the direction of the V.J. Iocovozzi Funeral Home, Inc. 203 Second Avenue, Frankfort. .

To send flowers to the family or plant a tree in memory of Irene Lazarek, please visit Tribute Store
Print
Thursday
27
February