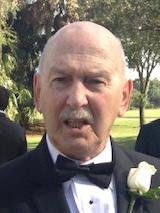 The son of Vincent (Frank) and Theresa (Ricci) Eramo. He was born on June 2, 1933 in Herkimer, NY. Joe was drafted into the United States Army in 1953 and served until 1955. On August 20, 1955 he married Martha Simborski at St. Joseph’s Church in Herkimer, NY. A loving and close relationship of nearly 65 years. They were sweethearts since he was 16 and Martha was 13.

He was employed by Remington Arms in Ilion for 25 years. He was a resident of Herkimer and Mohawk before he and Martha retired to Florida in 2002. He enjoyed spending his leisure time playing billiards with his friends and enjoying the Florida weather where he could maintain his beautiful garden. He was a compassionate man and would do anything to help out his friends or neighbors. In earlier years, many good times were spent at his parents home on Pleasant Avenue in Herkimer with his parents, siblings, family and friends.

He is survived by his wife Martha; his sons, Joseph Eramo Jr. and wife Cathy of Wall, New Jersey and Christopher Eramo and husband Paul Santos of Boston; his granddaughter, Sarah and husband Mark Thalheim of Hoboken, New Jersey. He is also survived by his sister Philomena (Fanny) Moretti of Herkimer; his sister in law, Frances Eramo of Arizona and many nieces, nephews and cousins that so much loved their Uncle Cookie. He was predeceased by his parents, his brothers, John Eramo who passed away at the age of 6 years, Vincent Eramo and wife Patricia, Albert Eramo and wife Olga, Anthony Eramo, his sister Jennie Giangregorio and husband Vincent and his brother in law, John Moretti.

Interment will be in Calvary Cemetery later this summer at the convenience of the family.

His funeral arrangements have been entrusted to the Petykiewicz, Iocovozzi & Burns Funeral Home, Herkimer.

Expressions of sympathy may be placed on Cookie’s online memorial page by going to www.iocovozzifuneralhomes.com

To plant a beautiful memorial tree in memory of Joseph Eramo, please visit our Tree Store

A Memorial Tree was planted for Joseph
We are deeply sorry for your loss ~ the staff at Petykiewicz, Iocovozzi & Burns Funeral Home
Join in honoring their life - plant a memorial tree
Services for Joseph Eramo
There are no events scheduled. You can still show your support by planting a tree in memory of Joseph Eramo.
Plant a tree in memory of Joseph
Print
Online Memory & Photo Sharing Event
Online Event
About this Event