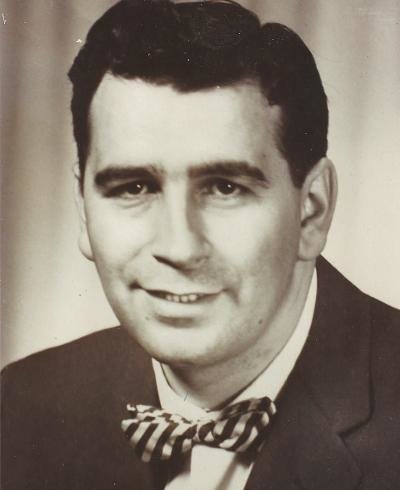 He was born in Herkimer, NY on May 19, 1925 to the late Battista and Amelia Forcucci Brandano.  He served in the US Army during World War II and received an honorable discharge on December 14, 1945.  In June 1946, he graduated from Herkimer High School earning a NYS Regents diploma.

Anthony was sent overseas to Italy as a combat infantry replacement at the early age of eighteen.  Near Naples he was assigned to the 361st Infantry Combat Team and he fought as part of the 91st, the 34th, the 36th and the 1st Armored Divisions, of the American Fifth Army.  He was a rifleman and a scout in Company B and the Intelligence and Reconnaissance Platoon.  He fought for one year against German armed forces in Italy until the enemy was totally beaten.

Beginning at the Anzio beachhead in May 1944, he fought through three major campaigns, the Rome-Arno, North Apennine Mountains, and Po Valley campaigns consisting of 32 major battles.  He participated in the June 1944 liberation of Rome, and was wounded in action at Livergnano, Italy in October 1944.  After the May 1945 German surrender, he was in the cold war against Yugoslavia and served in the Army of occupation of Italy for six months.  He earned unit commendations for outstanding accomplishment in combat and heroic achievement on the field of Battle.  He was also awarded the Purple Heart, Bronze Star, Combat Infantrymen’s Badge, Conspicuous Service Cross, and unit commendations from General Geoffrey Keyes, US Fifth Army and Field Marshal H. R. Alexander, Supreme Allied Commander of the Mediterranean Theatre.

He is the author of BURDEN OF BATTLE, copyright 1992, containing his memoirs of World War II.  A copy has been donated to the Herkimer library.

Anthony was employed by the U.S. Air Force.  He held management positions at Rome Air Materiel Area, Rome Air Development Center, and Headquarters GEEIA.  In 1960, he completed the Logistics Systems Engineering course given by Air University and the Ohio State University.  He was a civilian Logistics Officer, grade GS-12, AFSC 6316 which was equivalent to the military rank of Major.  He was involved in the authorization, procurement, and maintenance support of Air Force ground equipment all over the world, including logistic support for the manned lunar landing of the first man on the moon.  He traveled on official Air Force business to the Atlantic Missile Range and many Air Force Bases.

Anthony was a generous, dependable peaceful man.  He was always willing to give a helping hand to anyone.  For many years he attended to his elderly mother, sister and others.  He was a catholic and had been a communicant of Saint Anthony’s & Saint Joseph’s church in Herkimer.

Anthony is survived by his companion Bonnie R. View, his sister Angie Gallo, and many nieces, nephews and cousins, including his special nephew Ralph Savage and wife Lydia, and special niece Jennifer Rota.

He was predeceased by his parents, and his brothers Benny, John B, Joseph I and Joseph II, Pasquale, and Angelo, and his sisters Jenny A. Rota, Mary R. Savage, Elvira P. Brandano and Anne Pellerito.  Also, his niece Annette Gadziala, his nephews Thomas Gallo, Edward Brandano and his grand niece Ann Marie Pellerito, his brothers in law Peter Gallo, Ralph Savage Sr., Peter Pellerito Sr., John Rota and sister in law Olga Brandano.

His funeral will be held Thursday morning at 11:00 am in Sts. Anthony & Joseph Church, S. Main St. Herkimer, where a Mass of Christian Burial will be celebrated by Rev. Terence Healy, assisted by Deacon James Bower. Interment will be in Oak Hill Cemetery. Calling hours will be Wednesday evening from 7-9 pm in Sts. Anthony & Joseph Church. In keeping with current guidelines, all attendees must wear a face covering and maintain a safe social distance. Funeral arrangements are under the direction of the Petykiewicz, Iocovozzi & Burns Funeral Home, 329 S. Washington St. Herkimer.

To send flowers to the family or plant a tree in memory of Anthony Brandano, please visit Tribute Store
Print
Wednesday
1
July