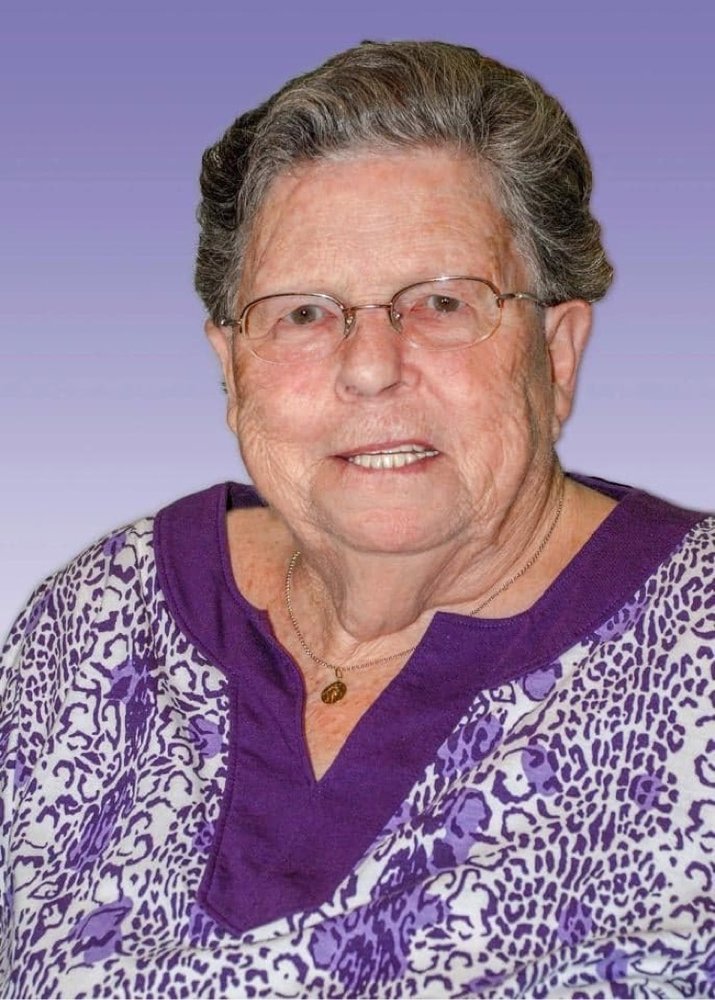 Jacksonville, Fl. - Utica - Mrs. Jeanne Lois Pflanz, 90, of Jacksonville, formerly of Utica, passed away Friday, July 3, 2020 in Community Hospice and Palliative Care with her loving family by her side.

She was born in Utica on February 3, 1930, the daughter of the late John and Helen Burgeon Douglas and she attended schools there. She was married to Frederick Pflanz on October 7, 1950 in St. Francis De Sales Church, Utica. Frederick passed away on February 26, 1986. Jeanne was employed as a Reconciling Night Clerk for Federal Reserve Bank in Utica for many years. She was a communicant of St. Peter's Church in North Utica and was a foster mother to many children over the years.

She is survived by one son and daughter in law, Thomas and Robyn Pflanz of Frankfort; one daughter and son in law, Beverly and Michael Ondarcho of Jacksonville, FL; one sister, Sister Mary Jude Douglas of Buffalo and 11 beloved grandchildren and several great grandchildren, nieces, nephews and cousins. She was predeceased by a son, Frederick J. Pflanz in 2013; one grandson, Joshua Pflanz; one brother, Douglas Douglas and three sisters, Betty Sullivan, Genevieve Douglas and Margaret Simpson Dowdell.

A Mass of Christian Burial will be celebrated on Tuesday, July 14, 2020 at 10:00 AM in St. Peter's Church, 422 Coventry Ave., North Utica. In keeping with her wishes, there will be no public calling hours. Interment will be in Mt. Olivet Cemetery in Whitesboro. Funeral arrangements are under the direction of the V.J. Iocovozzi Funeral Home, Inc. 203 Second Avenue, Frankfort.

Expressions of sympathy may be placed on Jeanne’s online memorial page by going to www.iocovozzifuneralhomes.com

To send flowers to the family or plant a tree in memory of Jeanne Pflanz, please visit Tribute Store
Print
Tuesday
14
July