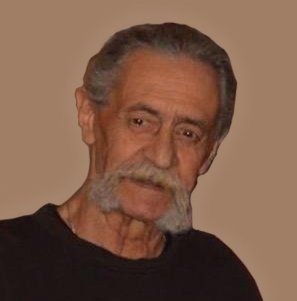 Please share a memory of Roger to include in a keepsake book for family and friends.
View Tribute Book

He was born in Troy, New York on May 14, 1947, the son of the late Saverio "Cy" F. and Melvina "Nina" Martell Maida and he attended Frankfort Schools. He served in the US Army during the Vietnam War from July 30, 1965 until his Honorable Discharge on February 4, 1971 with the rank of Specialist 4th Class. Roger was a self-employed contractor in Frankfort for many years. He enjoyed camping and being in the wilderness. While living in California, he loved spending time in the mountains. He was a communicant of Our Lady Queen of Apostles Church.

Roger is survived by two sons, Roger Maida, Jr. and Russell Maida, both of Florida; one brother, James Maida of Frankfort; three sisters and one brother in law, Beverly Clark of Cary, NC, Donna Balio of Frankfort and Deborah and David Annatone of West Winfield and several nieces, nephews and cousins. He also leaves behind special family and friends in Frankfort and Albion. He was predeceased by, his brother in law, Anthony Balio and his nephews, John Balio and Michael David Annatone.

Roger's family would like to thank Hospice & Palliative Care for the kindness shown to Roger and his family in his final days.

Expressions of sympathy may be placed on Roger’s online memorial page by going to www.iocovozzifuneralhomes.com

To send flowers to the family or plant a tree in memory of Roger Maida, Sr., please visit Tribute Store
Print
Saturday
11
July