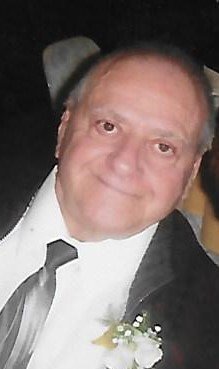 Frankfort - Robert G. Perri, 82, of Frankfort passed away Tuesday, July 14, 2020 at St. Elizabeth's Hospital with his loving family by his side.

He was born in Carlstadt, New Jersey on July 21, 1937 the son of the late Salvatore and Lena Pairo Perri. He attended Lindburgh High School and graduated with the class of 1954. He was married to Josephine Colino on November 12, 1960 in Frankfort. Robert was owner and operator of FaMas Restaurant in Schuyler, BJs Pizzeria in Middleville, Poland and Herkimer and lastly, Primos Pizzeria in Ilion for many years. He was a member of Emmanuel House of Prayer.

Robert is survived by his beloved wife, Josephine of Frankfort; three sons and daughters in law, Robert and Elizabeth Perri of Schuyler, Michael and Shelly Perri of Frankfort, Joseph and Shannon Perri of Ilion; his grandchildren, Marcus and his wife, Shannon Reed, Garrick and Tasha Dygert, Stephanie and her husband, Dave Lindfield, Zachary Perri, Isabella Perri and Rachel Perri; two great grandchildren, Shaylyn and Blayne; one brother and sister in law, Dan and Angelina Perri of Schuyler and two sisters, Elvira Iannuzzi of Carlstadt, NJ and Ruth Patti of Toms River, NJ; brother in law and sister in law, Dr. Daniel and Miriam Colino and several nieces, nephews and cousins. He was predeceased by his son Frank Perri on December of 1987; two brothers, David Perri and Vincent Perri; one sister, Doris Kocsa and one sister in law, Mildred Perri.

To plant a beautiful memorial tree in memory of Robert Perri, please visit our Tree Store

A Memorial Tree was planted for Robert
We are deeply sorry for your loss ~ the staff at V.J. Iocovozzi Funeral Home, Inc.
Join in honoring their life - plant a memorial tree
Services for Robert Perri
There are no events scheduled. You can still show your support by planting a tree in memory of Robert Perri.
Plant a tree in memory of Robert
Print
Online Memory & Photo Sharing Event
Online Event
About this Event