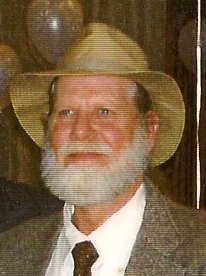 He was born in Atlantic City, NJ on November 18, 1951, the son of the late B. John and Josephine Sterba Jablonski. Dave was a graduate of Wilbur H. Lynch High School in Amsterdam, class of 1969. He also attended Fulton-Montgomery Community College. Dave was employed at the Pattersonville Thruway Restaurant in his teenage years and later worked at Hiltons Music in Albany as a salesman for several years. He went on to be self-employed for the rest of his life, including Grocery Store owner, mobile fruit and vegetable stand operator, pet groomer, shipmate on ocean-going yachts and home repairs.

Dave had a lifelong love of music and was an outstanding guitarist and vocalist. He performed in San Francisco, New Orleans and at Caffe Lena in Saratoga. He was widely known in the Adirondacks and Stony Creek. Dave loved his friends and family and his many pets and will be sorely missed by all.

Dave was married to his wife, Pauline for several years. Together they had one daughter, Jessica Jablonski of New Jersey. He is also survived by his grandchildren, Franchesca and Frankie of New Jersey; two brothers, Paul and John; one sister, Mary; his step-mother, Ann and many nieces, nephews, cousins and friends. He was predeceased by one brother, Tom Jablonski.

In keeping with his wishes, there will be no public services. Funeral arrangements are under the direction of the V.J. Iocovozzi Funeral Home, Inc. 203 Second Avenue, Frankfort.

Expressions of sympathy may be placed on Dave’s online memorial page by going to www.iocovozzifuneralhomes.com

To plant a beautiful memorial tree in memory of David Jablonski, please visit our Tree Store

A Memorial Tree was planted for David
We are deeply sorry for your loss ~ the staff at V.J. Iocovozzi Funeral Home, Inc.
Join in honoring their life - plant a memorial tree
Services for David Jablonski
There are no events scheduled. You can still show your support by planting a tree in memory of David Jablonski.
Plant a tree in memory of David
Print
Online Memory & Photo Sharing Event
Online Event
About this Event