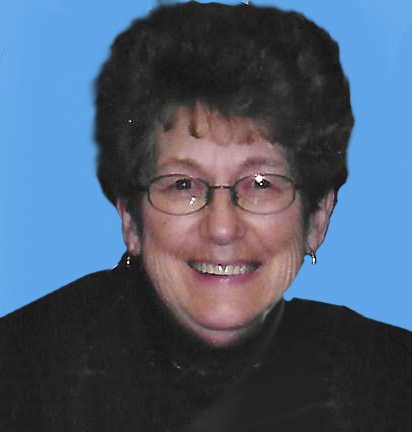 Please share a memory of Shirley to include in a keepsake book for family and friends.
View Tribute Book

Schuyler - Mrs. Shirley D. Tripple, 88, of Schuyler, passed away Saturday, November 21, 2020 in St. Luke's Memorial Hospital with her family by her side.

She was born in Herkimer on September 22, 1932, the daughter of the late Charles and Doris Watson Gage. She attended Herkimer schools and graduated from Herkimer High School with the class of 1952. Shirley was united in marriage to Joseph Tripple on October 31, 1954 in St. Mary's Church, Frankfort. Joe passed away on August 3, 2010. Shirley and Joe and their family are the Owners and Operators of Tripple's Countryside Produce in Schuyler.

Shirley is survived by her two sons, Joseph and Theresa Tripple, Jr. of Frankfort and Steven and Jenny Tripple of Schuyler; one daughter and her best friend, Linda Tripple of Schuyler; one brother, Ron Gage of Florida; her son in law, Bernie Gerrer of Albany; seven grandchildren, Joseph Tripple and his wife, Jennifer, Kayla Tripple and her companion, Jay, Nicholas Gerrer, Benjamin Gerrer and his wife, Laura, Amanda and her husband, Greg Lewis, Leea Tripple and her companion, Zach and Shannon Tripple; six great-grandchildren, Emma, Skyler, Joey, Jaelyn, Julian, and Vivian and several nieces, nephews and cousins. She was predeceased by her daughter, Donna Tripple Gerrer on July 13, 2016 and her sister Charlotte Reynolds on March 12, 2015.

Her funeral will be held at the convenience of her family. Interment will be in Mt. Olivet Cemetery. Funeral arrangements are under the direction of the V.J. Iocovozzi Funeral Home, Inc. 203 Second Avenue, Frankfort.

Shirley’s children would like to extend a very special thank you to her grandson, Joey, his wife, Jen and their daughters, Emma and Skyler, for always being there for her and spending that extra time with her. They would also like to thank the Masonic Home’s Dialysis Unit and the doctors and nurses at St. Luke’s Memorial Hospital for the wonderful care shown to her.

Expressions of sympathy may be placed on Shirley’s online memorial page by going to www.iocovozzifuneralhomes.com

To send flowers to the family or plant a tree in memory of Shirley Tripple, please visit Tribute Store
Print