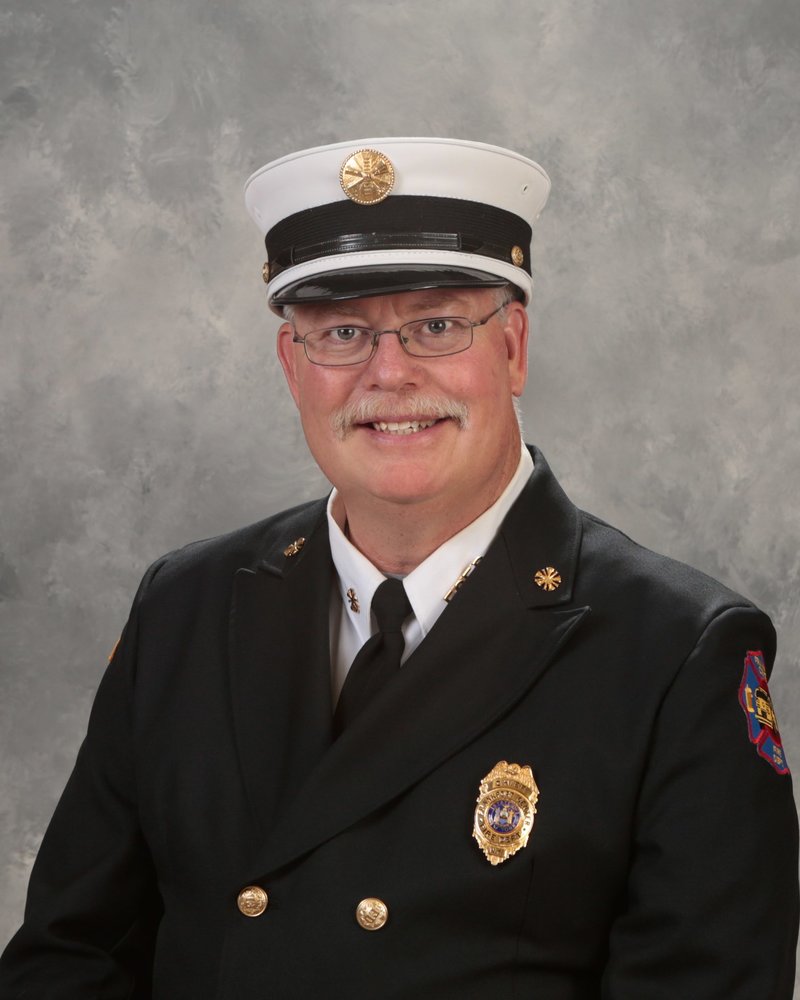 Frankfort Center – Chief David James Miller FCFD, 59, of Frankfort Center surrendered his battle with kidney and liver failure on Saturday, December 26, 2020 at home with his family by his side.

He was born in Herkimer, New York on December 14, 1961, the son of the late Edward James and Marian Burke Miller.   He attended Frankfort schools and graduated from Frankfort Schuyler High School with the class of 1980.

He was married to Pam (Mercier) Nashton on July 17, 2004 in Utica, NY.  David was a Service Tech for Niagara Mohawk, Utica, NY until his retirement in 2017 after 35 years of dedicated service.  Being a very community-minded individual, David served with the Frankfort Center Fire Department since 1986 and as a Chief for the past 35 of those years.  He was a member of the Herkimer County Fireman’s Association.

David is survived by his beloved wife, Pam Miller of Frankfort; two step-daughters, Samantha and her husband, William Wilcox Jr. of North Utica and Stephanie Nashton and her fiancée, John Lupino Jr. of Sauquoit; his granddaughter and little buddy, Kinsley Owens; one brother and sister in law, Michael and Marion Miller of Clifton Park; two sisters and brothers in law, Joanne and Steven Keating of Webster, NY and Catie and Kevin Ricci of Schuyler, NY; his mother in law, Doris Curtis of Frankfort; one sister in law, Deborah Ricker of Frankfort; one brother in law, Frederick Abbott Jr. of Rockwell, NC and several nieces, nephews and cousins.  He was predeceased by his sister, Mary Carol Miller in 2011 and his father in law, Joseph Aurelio Mercier in 2008.

Relatives and friends are invited to attend his graveside service at St. Mary’s Cemetery, Rt. 5, East Herkimer on Wednesday at 1:15 with Fire Chaplain Ken Palmer, Officiating.

His funeral arrangements are under the direction of the V.J. Iocovozzi Funeral Home, Inc.  203 Second Avenue, Frankfort, NY.

In Lieu of flowers, contributions in David’s memory may be made to the National Kidney Foundation, Inc., 30 East 33rd Street, New York, NY  10016 or the Frankfort Center Fire Department Building Fund, 799 Center Road, Frankfort, NY  13340.  Envelopes are available at the Funeral Home.

David’s family would like to thank the Frankfort Center Fire Department and its members, family, friends and neighbors for all the love and support they have shown during this difficult time.

Expressions of sympathy may be placed on David’s online memorial page by going to: www.iocovozzifuneralhomes.com.

To send flowers to the family or plant a tree in memory of David Miller, please visit Tribute Store
Print
Wednesday
30
December