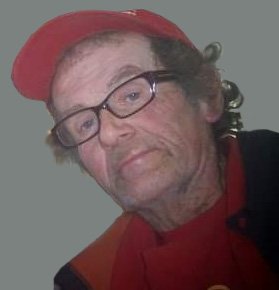 Please share a memory of Armand to include in a keepsake book for family and friends.
View Tribute Book

Earlville - Mr. Armand Nieman, 80, of Earlville, formerly of Frankfort, passed away Tuesday, December 29, 2020 in Community Memorial Hospital in Hamilton with his family by his side.

He was born in Utica on January 15, 1940, the son of the late Earl and Elizabeth Hatfield Nieman and he attended Holland Patent Schools. He was married to the Rose Heisler on September 14, 1968 in Middleville. Rose passed away on January 14, 2013. Armand was at one time employed as a Dairy Farmer with Clemons Poultry Farm in Holland Patent, Nicastro Farms and most recently with Manino Farms in Frankfort until his retirement in April of 2018.

He is survived by two sons, Armand Nieman, Jr. of Herkimer and Brian Nieman of Schuyler; two daughters and sons in law, Tina Marie and Gary Flummer with whom he resided in Earlville and Amy and Kenneth Gruet of Oriskany; two brothers and sisters in law, Grover and Beverly Nieman of Vernon Center and Dean and Mary Nieman of Holland Patent; his beloved grandchildren, Samuel Jacobs, Ryan and his wife, Amanda Jacobs, Beverly Gruet, Nicole Jacobs and Lacey Gruet and his great-grandchildren, Haley Jacobs, Wyatt Banks, Riley Jacobs and Anna Jacobs; his brother in law, Clayton Heisler of Schuyler and several nieces, nephews and cousins..

Expressions of sympathy may be placed on Armand’s online memorial page by going to www.iocovozzifuneralhomes.com

To send flowers to the family or plant a tree in memory of Armand Nieman, please visit Tribute Store
Print
Monday
4
January