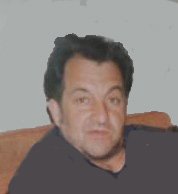 He was born in Utica, New York on April 24, 1942, the son of the late James and  Faye Jamel Chrystie and he attended St . Joseph's and St. Patrick's School. He was married to  Eve Zurek on December 5, 1970 in St. Francis De Sales Church, Utica. Robert was self employed and was a partner in Bonanza Movers, Utica for many years. He will always be remembered by his family as hardworking, loyal to his family and friends, very family orientated and always had a great sense of humor.

Baha is survived by his wife, Eve; three sons, Ronald and his wife, Bonnie Zurek of Rome, Tim Chrystie and Robert Chrystie Jr both of Utica; five daughters, Tina and her husband, Peter Damiano of Remsen, Kristine Moore Faye Chrystie and her companion, Mario Galan, Diana Chrystie and her companion, Richard Hammett and Sandra Chrystie all of Utica;  three sisters, Virginia Scott of Utica and his twin sisters, Lucy Chrystie of Utica and Joanne Chrystie of Hawaii; thirty one grandchildren, twenty eight great grandchildren; his special friend for over 50 years, George Manley and several nieces, nephews and cousins. He was deceased by his daughter, Tonia Chrystie Wilson on September 21, 2019 and three brothers, John, Richard and Teddy.

His funeral will be held Saturday afternoon at 2:00 in the V.J. Iocovozzi Funeral Home, Inc. 203 Second Avenue, Frankfort.  Calling hours will be Saturday from 12:00 noon until the time of the service. Bob's family would like to express their appreciation to the nurses and staff of Hospice and Pallative Care and the Abraham House of Rome for the wonderful care and compassion shown to him during his final days.

To plant a beautiful memorial tree in memory of Robert Chrystie, please visit our Tree Store

A Memorial Tree was planted for Robert
We are deeply sorry for your loss ~ the staff at V.J. Iocovozzi Funeral Home, Inc.
Join in honoring their life - plant a memorial tree
Services for Robert Chrystie
There are no events scheduled. You can still show your support by planting a tree in memory of Robert Chrystie.
Plant a tree in memory of Robert
Print
Online Memory & Photo Sharing Event
Online Event
About this Event