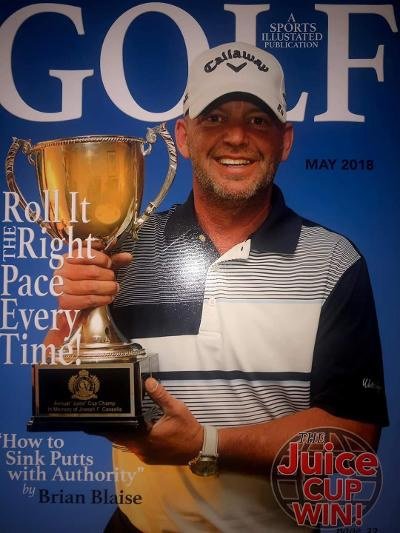 He was born in Ilion on February 23, 1970, the son of Donald K. Blaise and Kandy Bennett Adsit. He attended Frankfort Schools and graduated from Frankfort-Schuyler High School with the class of 1988. He served during the Iraq War in the Air Force from August 8, 1988 until his Honorable Discharge on August 7, 1992. He was married to Jennifer Newell on August 22, 2015 in Frankfort. Brian was employed as a skilled Mason for the majority of his working career, both self-employed as well as working for various companies in and around the Mohawk Valley and Florida. He was a member of the American Legion Post 47 in Lake Worth, FL and the St. Francis Society. He was an avid golfer and a New York Jets and New York Yankees fan. Brian had a wonderful sense of humor and loved to make his family and friends laugh until it hurt.

Brian is survived by his wife, Jennifer Blaise of Lake Worth Beach, FL; one son, Gunner Blaise of Rochester; his mother and step-father, Kandy Bennett and Robert Adsit of Frankfort; his father, Donald Blaise of Johnstown; one brother, Joe Blaise and his companion, Kaya Linebeck of North Utica; one sister, Michelle DelConte of Frankfort; his beloved grandson, Kian Miller Blaise; his step-siblings, Mark Adsit and his wife, Kathy and Jim Adsit; his father in law and mother in law, John and Freida Newell of Frankfort; his nieces and nephews, Joseph DelConte, Cara Messina, Cody Messina, Kaitlyn Blaise, Allyson Blaise, Connor Adsit, Renee’ Magnussen, Ryan Adsit, Clara Adsit and Ethan Adsit and one great-niece, Summer Whaley. Brian had so many close friends and people who loved him. He previously lost Corey and missed him for many years. He is survived by special lifelong friends, Larry, Jimmy, Mike, Missy, Mary, Brenna and Debbie as well as special friends, Greg and Debbie in Florida. He was predeceased by his brother in law, Raymond DelConte.

His funeral will be will be private and at the convenience of the family. Interment will be at a later date in Saratoga National Cemetery. Funeral arrangements are under the direction of the V.J. Iocovozzi Funeral Home, Inc. 203 Second Avenue, Frankfort.

Brian was an organ donor and generously gave two people the gift of sight so they could see the world as beautifully as he did.

Expressions of sympathy may be placed on Brian’s online memorial page by going to www.iocovozzifuneralhomes.com

To send flowers to the family or plant a tree in memory of Brian Blaise, please visit Tribute Store
Print
Wednesday
13
January