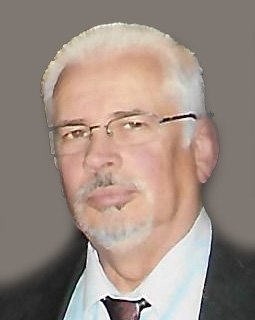 Obituary of Nicholas A. Galotti

Please share a memory of Nicholas to include in a keepsake book for family and friends.
View Tribute Book
Nicholas A. Galotti
Frankfort - Nicholas A. Galotti, 71 of Frankfort passed away Saturday, February 6, 2021 in St. Luke's Memorial Hospital with his family by his side, due to complications of Covid-19.
He was born in Utica on March 27, 1949, the son of the late Louis ("Gene") and Lorraine Creech Galotti.  He attended Utica Schools and graduated from Proctor High School.  At one time Nick was married to Mary Lou Linfield, a union that blessed him with two beautiful daughters, Jeannie and Lisa.
Following his education, he was employed by Chicago Market, Univac, General Electric, I.C.L, and Lockheed Martin, where he traveled extensively all over the world.  Nick retired in 2008.
He was a member of the National Rifle Association, Sportsman Hall of Fame, Copper City Bass Masters, NYS Bass Fishing Team Champions, Utica Bass Brigade and many more.
Nick met his long time fiance, Susan M. Griffin in unusual circumstances.  They had a wonderful partnership for 39 years until his passing.  They always had each others back.
Nick was an avid fisherman and most happy out on the lakes in his bass boat.  He was very much loved by all who knew him and will be greatly missed.
Nick leaves behind his broken hearted fiance, Susan; two daughters and one son-in-law, Lisa and Torston Wollermann and Jeannie Everill all of Deltona, FL; one sister Darlene Scaparo of Frankfort; five grandchildren; Kaylee and Amanda Wollermann, Zachary,  Adam and Abby Everill, sister-in-law Janet Trompczynski and brother-in-law Jarvis Griffin of Frankfort; his special nephews and nieces, Charlie and Jennifer Scaparo, Gina Scaparo and her fiance Michael Haskins, Amy and Gregory Barringer Pamela, Laura, Michael & Katie Tarasiewicz and Tricia & Michael Altimonda; several cousins and many great friends. Nick was predeceased by his parents, brother-in-law Charlie Scaparo, his sister Carmela Tarasiewicz, Kenneth and Shirley Griffin whom he considered his father and mother-in-law,  and his brother-in-law Kenneth J. Griffin.   He also leaves behind his feline bud Ivan and hopes he is re-united with his beloved cat Lynx.
There will be no calling hours due to Covid-19.  His graveside service will be held in the spring in Oak Hill Cemetary, Herkimer.   Nick's family would like to extend their sincere appreciation to the nurses and staff of ICU at St. Luke's Memorial Hospital for the wonderful care and compassion shown to him during his stay and passing.
His funeral arrangements have been entrusted to the V.J. Iocovozzi Funeral Home, Frankfort.
Expressions of sympathy may be placed on Nicholas' online Memorial Page by going to www.iocovozzifuneralhomes.com.
To plant a beautiful memorial tree in memory of Nicholas Galotti, please visit our Tree Store

A Memorial Tree was planted for Nicholas
We are deeply sorry for your loss ~ the staff at V.J. Iocovozzi Funeral Home, Inc.
Join in honoring their life - plant a memorial tree
Services for Nicholas Galotti
There are no events scheduled. You can still show your support by planting a tree in memory of Nicholas Galotti.
Plant a tree in memory of Nicholas
Print
Online Memory & Photo Sharing Event
Online Event
About this Event