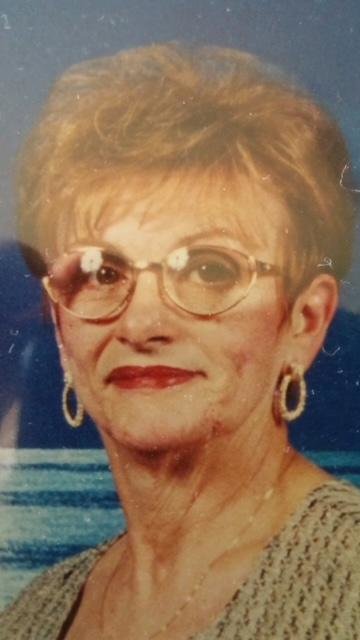 Obituary of Marlene A. Christie

Please share a memory of Marlene to include in a keepsake book for family and friends.
View Tribute Book

Schuyler - Mrs. Marlene Ann Harter Christie was born on March 25, 1942 to Raymond J. Harter and Dorothy Rowell Harter in Herkimer, New York and grew up in Ilion, New York. Marlene was very proud of her heritage, being a direct descendant of the Palatine Harter’s that arrived in America in 1710 and settled the Mohawk Valley. Marlene would often remind people that “SHE BELONGED HERE.” One of Marlene’s ancestors, Lawrence Harter, a patriot, fought at the Battle of Oriskany during the Revolutionary War and by virtue of her descent from a patriot, Marlene was approved to be a member of the Daughter of the American Revolution in 2006. Marlene was married on August 19, 1961 to Dale Christie in Annunciation Church in Ilion. A truly loving union of almost 60 years!!. Marlene and Dale have two children, Marie Christie of Palm Beach Gardens FL and Lou Christie of Schuyler; she also has one grandson, Cole Zarecki of W. Palm Beach, Fl. Marlene resided in Schuyler and in Pompano Beach, Fl. And was elected as Pompano’s Palm Aire’s building 51 President for 11 years, representing 80 families. Marlene has been a resident of the ST. Johnsville Rehabilitation and Nursing Center for the past three years. The Christie family is grateful for the love and compassionate care shown to Marlene by their staff. Marlene was active in the Frankfort-Schuyler PTO and was a devout supporter of the Frankfort-Schuyler Girls Varsity Sports, The Schuyler Recreation Commission, Our Lady Queen of Apostle’s Religious Education Staff, the East Schuyler Community Club along with the Col. Marinus Willett Chapter of the DAR. Marlene was predeceased by her parents, Dale’s parents, Louis and Minnie Christie, her brother , Edward and his wife, Gail Harter, brother in law, Harry Christie and nephews, Edward Harter and Harry Christie Jr. Marlene leaves behind her sister in law, Patricia Christie and her nieces, nephews and cousins.

Her funeral will be held Saturday, March 6, 2021 at 10:30 AM in Annunciation Church where a Mass of Christian Burial will be celebrated by the Rev. Paul Catena. Spring interment will be in Calvary Cemetery.  Her funeral arrangements have been entrusted to of the V.J. Iocovozzi Funeral Home, Inc. 203 Second Avenue, Frankfort. There will be no public calling hours.

In lieu of flowers, contributions in Marlene’s memory may be made to St. Jude's Children's Hospital, 262 Danny Thomas Pl, Memphis, TN 38105

Expressions of sympathy may be placed on Marlene’s online memorial page by going to www.iocovozzifuneralhomes.com

To plant a beautiful memorial tree in memory of Marlene Christie, please visit our Tree Store

A Memorial Tree was planted for Marlene
We are deeply sorry for your loss ~ the staff at V.J. Iocovozzi Funeral Home, Inc.
Join in honoring their life - plant a memorial tree
Services for Marlene Christie
There are no events scheduled. You can still show your support by planting a tree in memory of Marlene Christie.
Plant a tree in memory of Marlene
Print
Online Memory & Photo Sharing Event
Online Event
About this Event