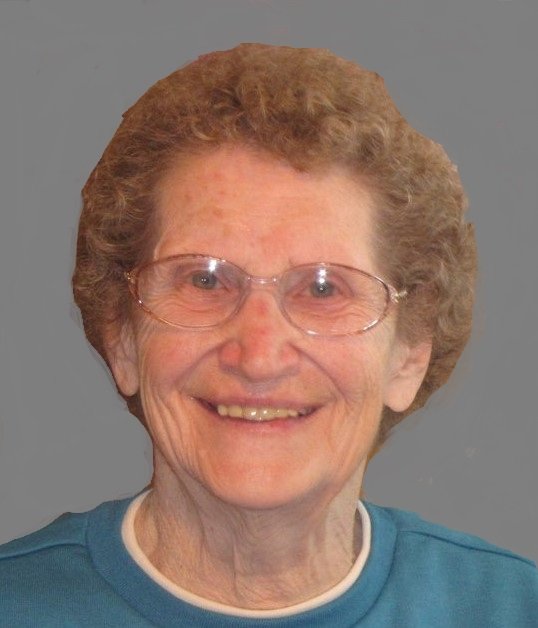 Please share a memory of Frances to include in a keepsake book for family and friends.
View Tribute Book

Herkimer – Mrs. Frances S. Dargis, 93, of Herkimer passed away Friday, May 21, 2021 in St. Elizabeth's Medical Center with her family by her side.

She was born in Ilion, New York on May 12, 1928, the daughter of the late Adolf and Margaret Bucrzinski. She attended Mohawk schools and graduated from Mohawk High School with the class of 1946. She was married to Dominick Dargis Jr. on August 23, 1947 in St. Joseph's Church, Herkimer. Dominick passed away on August 5, 1976. Frances was employed as a Hostess for several area restaurants for many years. She was also involved in catering and volunteering at the Polish Community Home, the VFW and The Ukrainian Home for many years.  Frances was a devout communicant of Sts. Anthony and Joseph Church and an active member of the Polish Community Home Aux. and served as its Secretary. Her love of family and friends could be seen on her smile during her daily walks, time being spent in her garden and even at the casino.

Frances is survived her four beloved daughters and sons in law, Donna DiCuffa and her companion, Tommy Ortiz Jr. of Utica, Kathleen and her husband, Lee Roy Seamon of Richfield Springs, Sandra and her husband, Donald Mabbett of Ohio and Denise Dargis of Utica; seven grandchildren, Brenda DiCuffa and her fiancée, Stan, Aldo and his wife, Donna DiCuffa, Amy Mabbett, Jessica and her husband, Devon Ludwig, Chris and his wife, Heather Seamon, Cory and his wife, Brie Seamon and Nicole Seamon and her fiancée, Jay; twelve great grandchildren; her very special friend and neighbor, Bill Lowery and several nieces, nephews and cousins. She was predeceased by two sons, Donald Dargis in 1951 and John Dargis in 1966; two brothers, Charles Bucrzinski and Clarence Bucrzinski and three sisters, Eva Fields, Sophie Atkins and Helen Poznoski.

Her funeral will be held Friday morning at 9:00 from the Sts. Anthony and Joseph Church, S. Main St. Herkimer where a Mass of Christian Burial will be celebrated by the Rev. Leo Potvin and assisted by Deacon James Bower. Interment will be in Calvary Cemetery. Calling hours will be Thursday from 4:00 to 7:00 PM at the V.J.Iocovozzi Funeral Home, Inc. 203 Second Ave., Frankfort. Her funeral arrangements are under the direction of the Petykiewicz, Iocovozzi & Burns Funeral Home, Herkimer.

In lieu of flowers, contributions in Frances's memory may be made to American Diabetes Association, P.O. Box 7023 Merrifield, VA  22116-7023 or http://www.diabetes.org/donate/donate-memorial.

Expressions of sympathy may be placed on Frances’s online memorial page by going to www.iocovozzifuneralhomes.com

To send flowers to the family or plant a tree in memory of Frances Dargis, please visit Tribute Store
Print
Thursday
27
May