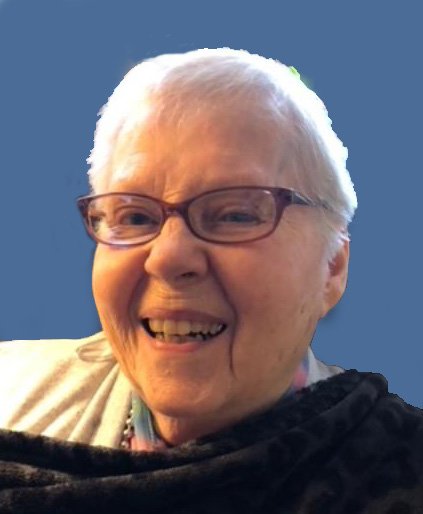 Please share a memory of Charlotte to include in a keepsake book for family and friends.
View Tribute Book

She was born in Brooklyn, N.Y. on July 30, 1933, the daughter of the late Charles and Rose Hirth Oscar. She attended Hunter schools and graduated from Hunter High School with the class of 1951. She went on to attend Hunter College, graduating with the class of 1954 with a degree in Home Economics and Elementary Education. She was married to John Pesklak on July 17, 1954 in Ukrainian Catholic Church of the Holy Ghost, Brooklyn. John passed away on February 5, 2018. Charlotte was an Elementary School Teacher for the City of Utica School District from 1964 until her retirement in 1988. Following her retirement she received her LPN Certificate from BOCES and worked as a Home Health Aide. Charlotte was a communicant of St. Francis DeSales Church and served as a Eucharistic Minister and was a member of the Quilting Guild, Herkimer.  She loved to quilt for her family and friends and for charities until due to Parkinson’s she had to give it up.

Charlotte is survived by three daughters and sons in law, Deborah and Eric Olson of Cooperstown NY, Audrey and David Yeomans of Cazenovia NY and Edith and Chris Lee of Ridgefield Park, NJ; five grandchildren, Darcy Dreyer, Anne Hanford, Ingrid Olson, Samuel Olson and Alicia Cohen; four great grandchildren, Elena Dryer, Sophie Dryer, William Hanford and Oscar Zurcher-Olson and several nieces, nephews and cousins. She was predeceased by her son, William Charles Pesklak on May 2, 1998 and by one brother, James Oscar in 2019.

Her funeral will be held Friday, June 4, 2021 at 10:00 in St. Francis DeSales Church, N. Bellinger St., Herkimer where a Mass of Christian Burial will be celebrated by the V. Rev. Mark Cunningham. Interment will be in St. Johnsville Cemetery. Calling hours will be Thursday from 6-8 PM at the V.J.Iocovozzi Funeral Home, Inc. 203 Second Ave., Frankfort. Her funeral arrangements are under the direction of the Petykiewicz, Iocovozzi & Burns Funeral Home, Herkimer.

In lieu of flowers, contributions in Charlotte’s memory may be made to The Michael J. Fox Foundation P.O. Box 5014 Hagerstown, MD 21741-5014. Envelopes will be available at the funeral home.

Expressions of sympathy may be placed on Charlotte’s online memorial page by going to www.iocovozzifuneralhomes.com

To plant a beautiful memorial tree in memory of Charlotte Pesklak, please visit our Tree Store

A Memorial Tree was planted for Charlotte
We are deeply sorry for your loss ~ the staff at Petykiewicz, Iocovozzi & Burns Funeral Home
Join in honoring their life - plant a memorial tree
Services for Charlotte Pesklak
There are no events scheduled. You can still show your support by planting a tree in memory of Charlotte Pesklak.
Plant a tree in memory of Charlotte
Print
Online Memory & Photo Sharing Event
Online Event
About this Event