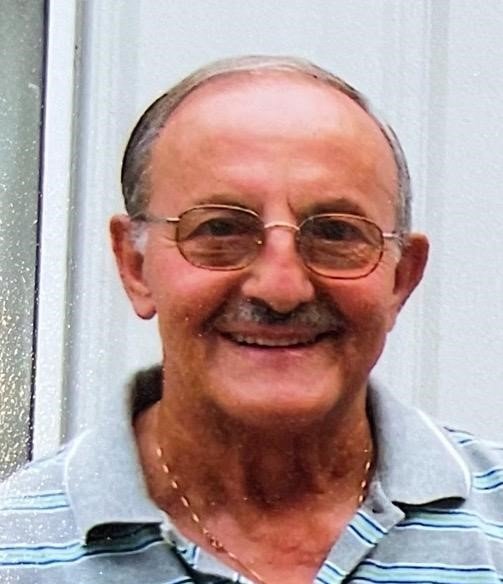 Please share a memory of Thomas to include in a keepsake book for family and friends.
View Tribute Book

It is with great sadness that the Palmiotto family announce the passing of our beloved Tommaso Palmiotto, on June 17th, 2021. Following a prolonged illness, his soul is finally at rest. We will always remember his unwavering strength, the depth of his love, and his always ready smile that never failed to light up the room. We will miss the overwhelming feeling of graciousness that was present for whomever was lucky enough to share space with him.

He was born in Giovinazzo, Province of Bari, Italy on September 23, 1933 the son of the late Pasquale and Sarafina Cortese Palmiotto and he attended schools there.He arrived in New York City upon the Saturnia from his birthplace in Giovinazzo, Italy at the age of 15. Tom served with the US Army during the Korean War with the 35th Infantry Regiment and was Honorably Discharged on March 19, 1955. He was united in marriage to Josephine "Pina" Tripodi on April 28, 1962 in St. Anthony's Church. Tom had a long career working for Remington Arms in Herkimer, where he lived until his passing. On any given day you could find him tending to his beautiful garden, and spending time with his wife of 59 years, Josephine. He was an accomplished bowler, a talented wood-worker, and the only pitch player good enough to have a “signature move.” He was also a wonderful husband, father, uncle, brother, and Nonnu to a family that will forever be mourning such a tremendous loss.

His funeral will be held Tuesday, June 22, 2021 at 9:00 in Sts. Anthony and Joseph Church where a Mass of Christian Burial will be Celebrated by the Rev. Terence Healy and assisted by Deacon James Bower. Interment will be in Calvary Cemetery. Calling hours will be Monday from 4-8 at the V.J.Iocovozzi Funeral Home, Inc. 203 Second Ave., Frankfort. His funeral arrangements have been entrusted to the Petykiewicz, Iocovozzi & Burns Funeral Home, Herkimer.

The family would like to extend a special thank you to the caregivers at Faxton St. Luke’s Hospital, in Utica, Foltsbrook Center in Herkimer, and the Abraham House in Rome. Donations can be made in memory of Tomasso Palmiotto to the Abraham House, at 417 N Washington St., Rome NY 13440.

To send flowers to the family or plant a tree in memory of Thomas Palmiotto, please visit Tribute Store
Print
Monday
21
June