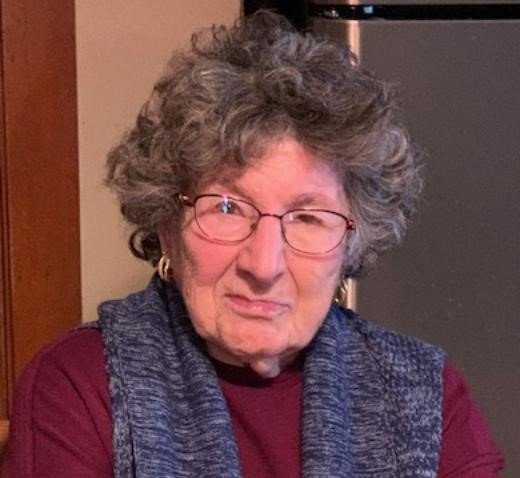 Please share a memory of Maria to include in a keepsake book for family and friends.
View Tribute Book

Frankfort – Mrs. Maria “Mamie” D. Oriolo, 95, of Frankfort passed away Saturday, July 3, 2021 in St. Luke´s Memorial Hospital with her family by her side.

She was born in Astoria, New York on April 18, 1926, the daughter of the late Dominick and Mary Lilli Bonamasso and she attended schools there, graduating in 1944. She later attended HCCC. She was married to Joseph Oriolo on September 22, 1946 in Immaculate Conception Church, New York City. Joseph passed away on May 5, 2003. Maria was a Teacher’s Aide for many years at Reese Road Elementary until her retirement in 1983.  She was a communicant of Our Lady Queen of Apostles Church and a member of its Altar Rosary Society and the St. Francis Society Aux.

Maria is survived by four sons and one daughters in law, Joseph Oriolo of Henderson, NV, Michael and Marie Oriolo of Frankfort, Richard Oriolo of Fairfield CT and Robert Oriolo of Frankfort; four grandchildren, Michelle Oriolo and Kevin Walsh, Melissa and her husband, Dan Yelle, Erika and her husband, Billy Richardson and Melanie Oriolo and Alysia Johnson; eight great grandchildren, Brenden, Avery, Jillian, Griffin, Caden, Victoria, Greyson and Carter and several nieces, nephews and cousins. She was predeceased by one brother and two sisters, Joseph, Rose and Josephine.

Her funeral will be held Wednesday morning, July 7, 2021 at 10:30 AM in the Our Lady Queen of Apostles Church, S. Frankfort St. Frankfort where a Mass of Christian Burial will be celebrated by the Rev. Paul Catena, Pastor. Interment will be in Mt. Olivet Cemetery. Her funeral arrangements are under the direction of the V.J. Iocovozzi Funeral Home, Inc. 203 Second Avenue, Frankfort.

Mamie’s family would like to extend their sincerest appreciation to the doctors, nurses and staff of St. Luke’s Memorial Hospital’s ER, ICU and First Floor, for the wonderful care and kindness shown to her during her stay and passing.

Expressions of sympathy may be placed on Maria’s online memorial page by going to www.iocovozzifuneralhomes.com

To send flowers to the family or plant a tree in memory of Maria Oriolo, please visit Tribute Store
Print
Wednesday
7
July