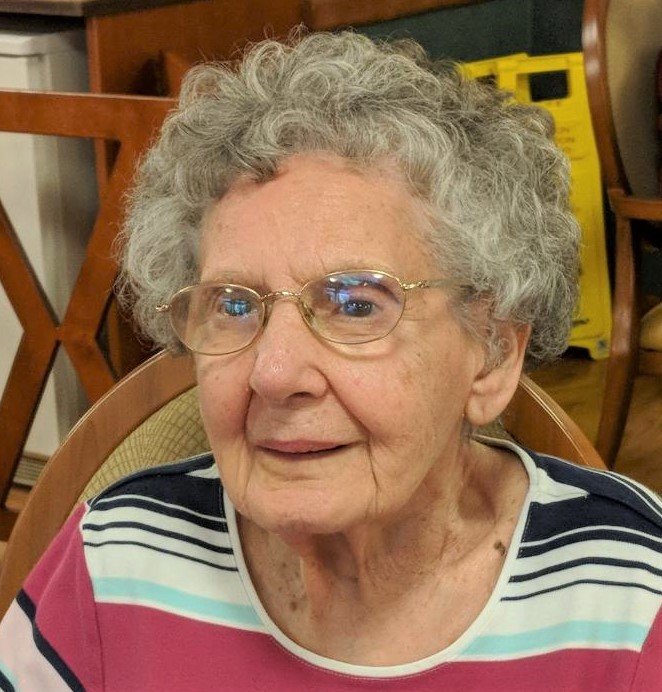 Please share a memory of Josephine to include in a keepsake book for family and friends.
View Tribute Book

Frankfort - Mrs. Josephine M. Chauvin, 88, of Frankfort passed away Monday, July 12, 2021 in the Masonic Care Community with her family by her side.

She was born in Ilion, New York on July 15, 1932, the daughter of the late Peter and Rosalie Corrente Campulugo. She attended Frankfort schools and graduated from Frankfort High School with the class of 1949. She was married to Hale Chauvin on June 9, 1950 in Christ Episcopal Church, Herkimer. Hale passed away on March 16, 2018 after a blessed union of nearly 68 years. Josephine was employed by General Electric and later by Hamilton Digital. She was a member of St. Augustine's Episcopal Church, the Red Hat Society and the Young at Heart Senior Citizens.

Josephine is survived by two daughters, Sherry and her wife, Susan Chauvin of Waltham, MA and Denise Spagnola of Frankfort; one granddaughter, Tracy Lebert of Frankfort; her cherished grandchildren, Cody and Kaleigh; one sister in law, Mindy Scher of Nanuet, NY and several nieces, nephews and cousins. She was predeceased by two brothers, Michael Rolchigo and Joseph Riscica and three sisters, Ann Donahue, Mary Jane Caivana and Rosalie Stark.

Her funeral will be held Friday afternoon at 12 PM in the V.J.Iocovozzi Funeral Home, Inc. 203 Second Ave., Frankfort. Interment will be private in Mt. Olivet Cemetery. Calling hours will be Friday morning from 10:00 until the time of services. Immediately following the funeral service, the family would like to invite the friends and relatives to the St. Francis Society, 8th Ave., Frankfort for gathering and refreshments.

Josephine’s family would like to express their most sincere appreciation the nurses and staff of the Masonic Care facility’s Forestport Unit for the wonderful care and kindness shown to her during her stay and final days there. Funeral arrangements are under the direction of the V.J. Iocovozzi Funeral Home, Inc. 203 Second Avenue, Frankfort. .

Expressions of sympathy may be placed on Josephine’s online memorial page by going to www.iocovozzifuneralhomes.com

To plant a beautiful memorial tree in memory of Josephine Chauvin, please visit our Tree Store

A Memorial Tree was planted for Josephine
We are deeply sorry for your loss ~ the staff at V.J. Iocovozzi Funeral Home, Inc.
Join in honoring their life - plant a memorial tree
Services for Josephine Chauvin
There are no events scheduled. You can still show your support by planting a tree in memory of Josephine Chauvin.
Plant a tree in memory of Josephine
Print
Online Memory & Photo Sharing Event
Online Event
About this Event